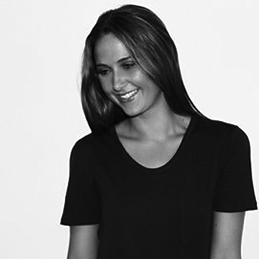 Sydney based Gemma O’Brien is a lady with unquestionable passion and enthusiasm for what she does. A self-confessed type nerd, you could say Gemma went a little too far when she celebrated her 21st birthday by insisting everyone who came dress as their favorite typeface. This injection of energy and infectious passion Gemma demonstrates led her from the traditional forms of wooden and metal type, where she learnt her craft, into more experimental mediums; from guns made out of type to hand rendering lettering expressing her anger with FedEx after her book submission failed to arrive for a competition in time.

Going by the alias Mrs Eaves, Gemma set forth on a journey of discovery, blogging as she went, which resulted in a very critical article by Font Blog accusing her of ‘how it was bastardising the original type’s true form.’ To prove the critics wrong Gemma was then to be invited by the very same reviewer to speak at the Type Berlin conference.

In between crafting letterforms, exhibiting her typography at galleries and doing the odd lecture / talk Gemma’s talent doesn’t stop there. A love of all things hand crafted saw her refresh the title sequence for Play School and more recently an animation for the Taronga Zoo campaign For the Wild. 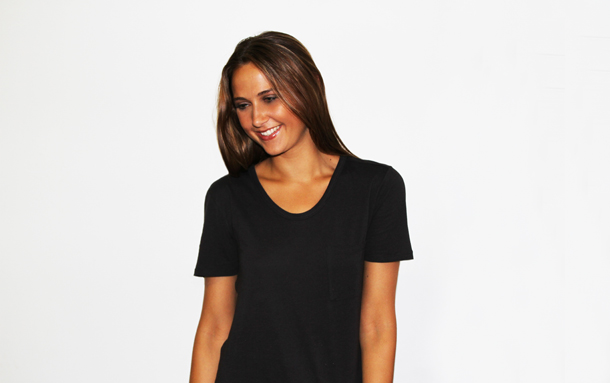 DJ: With your work spanning illustration, film making and design, do you feel drawn to typography the most?
I go through waves of obsessions. Typography has stuck for the last 5 years. But it does of course have it’s limits… some stories or ideas can’t be told alone with words… which is where my interest for illustration, motion graphics and design enter the scene. That said, there is a special something about typography and letters as a concept that continual draws me back. When you think about it, the essence of the alphabet hasn’t changed that much in all the history of humankind… we have been trained over time to recognise letters and words in moments. This, coupled with the ways that typography and how visual representations of words can be culturally loaded… will forever intrigue me! As a medium, or a field, I think typography will always have a certain appeal to me whether its in its history, or my own practice. Words ain’t disappearing anytime soon.

DJ: What has been the most valuable lesson you’ve learnt and what is the best advice you’ve been given?
Professionally or personally!? Lots of lessons. Best professional advice: keep your files neat because one day you might get hit by a bus! Just take risks, with your ideas and with your techniques. Know when to sacrifice parts of your life for your work and when not to. If you stop enjoying it, stop doing. And just be goddamn passionate, enthusiastic and interested in what you’re doing! 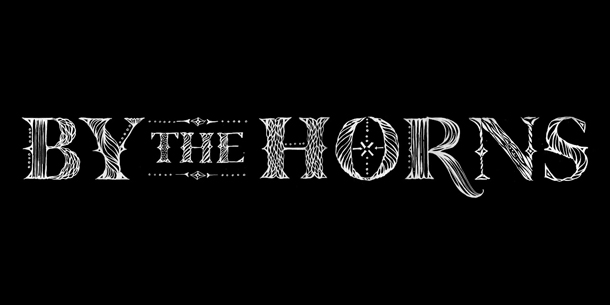 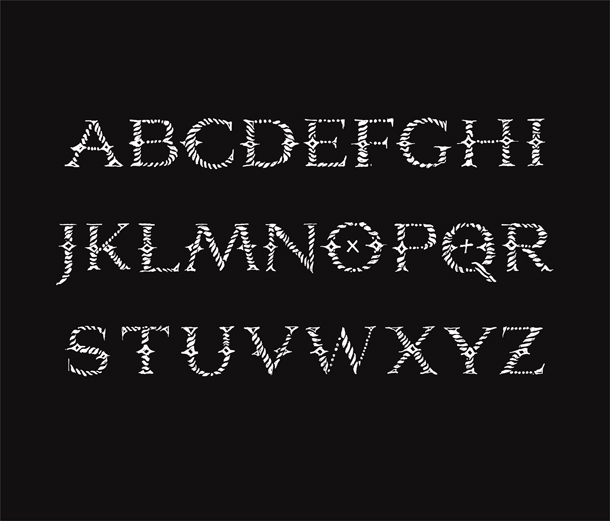 DJ: With recent word for COFA, it would seem that you can’t keep away from the feeling of marker on skin. So with all the hype surrounding your ‘Write here, right now‘ YouTube success, looking back at the project is there anything you would have done differently?
Looking back now there are times when I cringe watching this video – I find the lettering very naive and under developed. Plus there was a lot of hype around the video stemming from the idea of writing all over a scantily clad body – the attention it brought was something I never imagined or foresaw! However it was this video which caught the attention of Font Blog in Germany which in turn led to an invitation to speak at Typo Berlin in 2009 which then led to many other opportunities to pursue lettering in a commercial context. I look at it two ways; some times I wish I could have slipped under the radar and not let my lettering and typography work reach the world until I had more time to hone my skills and experiment out of the spotlight, at other times I realise many opportunities may not have come my way if it weren’t for this video. 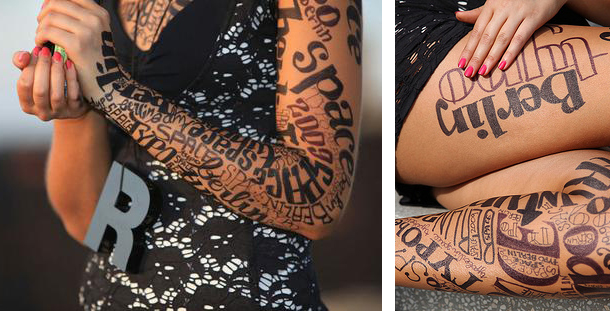 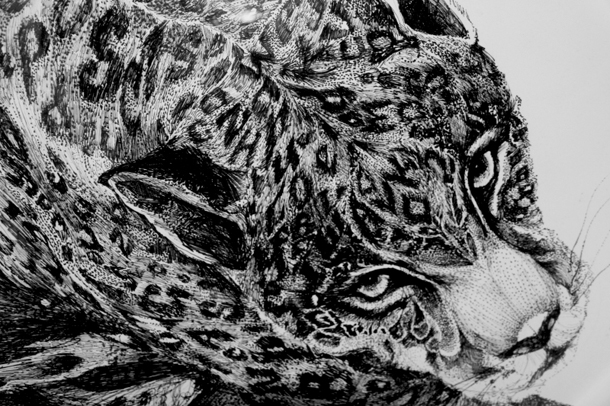 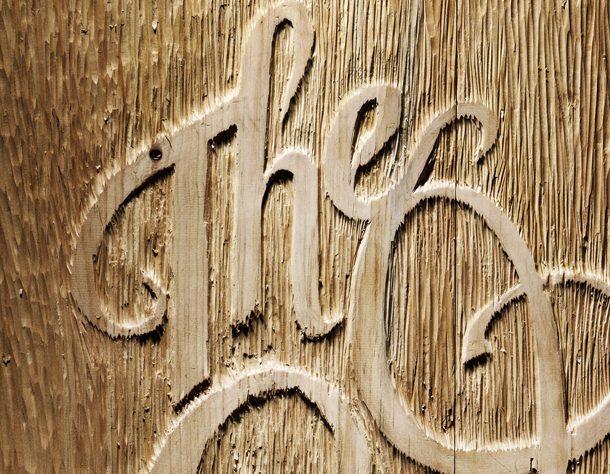 DJ: Do you prefer to craft everything with your hands first? Do you always carry a notepad around to capture inspiration?
I often carry a notepad around with me. If I don’t and there is something urgent I need to draw or write I’ll usually find a receipt or serviette ( how cliched!)  I still am a sucker for starting nearly all project hand drawn. With most lettering projects I will get the work to a point where the design is clear on paper before jumping into Illustrator and vectorising. I also love the process of creating things by hand and having a little bit of human-ness left in the final product, even if it’s slick, neat lines of type…t here can still be a little authenticity in there. 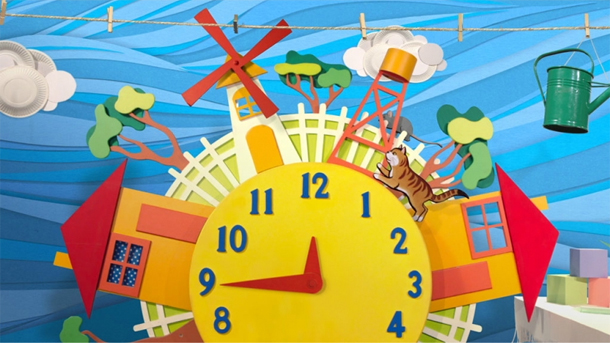 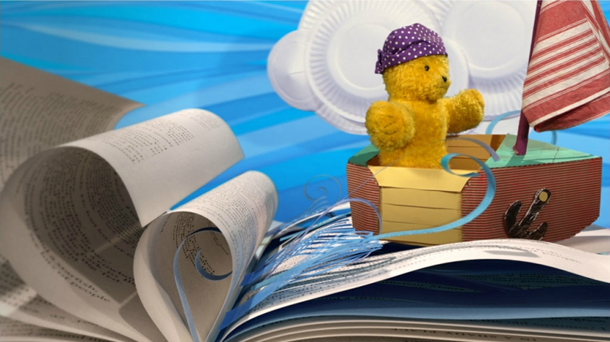 DJ: Hearing a talk by Matteo Bologna at the Brand New Conference last year, do you share the same desire to complete the whole typeface after working on individuals letterforms or a particular phrase?
It really depends on the project. Up till this point the majority of the work I’ve been doing is in custom lettering and typography for individual words or phrases – I’m not a type designer as such. That said I do creating a whole alphabet from one or two letter designs. That’s that great thing about the alphabet, because of the restraints of familiarity of all the letterforms, once you come up with the design features of one letterform you can apply them to the others. Then again, when you put letters together to create a word you can look at the relationships between the letters, find ways to link them or add flourishes and quirks that can ultimately create an interesting piece of typography. 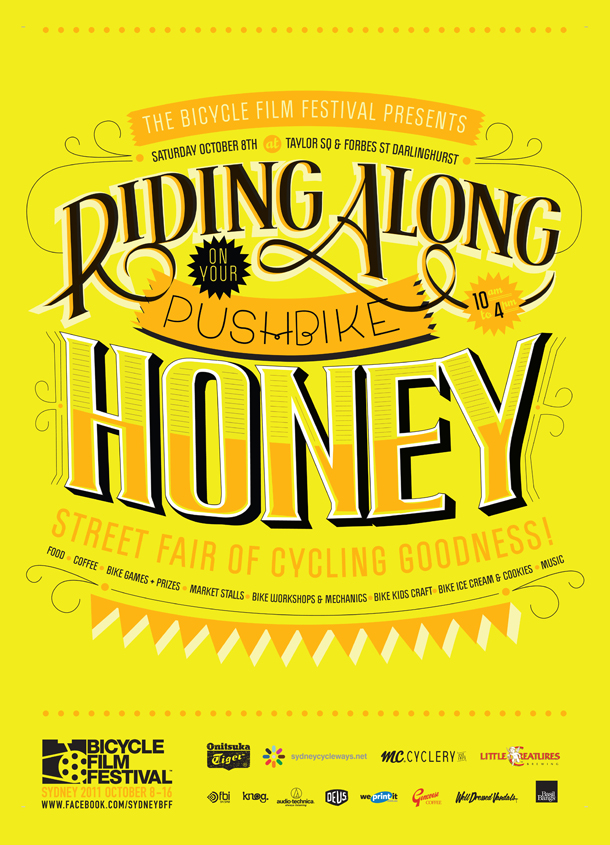 DJ: What are the things you look for when crafting a typeface? Do you give them personalities / names / hobbies?
When working with lettering I do like the idea of thinking of parallels and personalities for the style outside of the vocabulary of design. Words can feel fresh, or free or restricted and rigid. A letter can indeed look lively, fast, fat or reserved. In the same ways that cars, fashion, colour and taste reflect ideas or cultural values…so too can lettering and typography, and in a very subtle and seamless way. It also links back to the medium too, the idea of writing the word “fresh” with ink or paint and a swift stroke feels more natural than generating it with geometric lines and vectors. Once you start to marry the look, medium and the content of the phrase, you can start to have some fun. 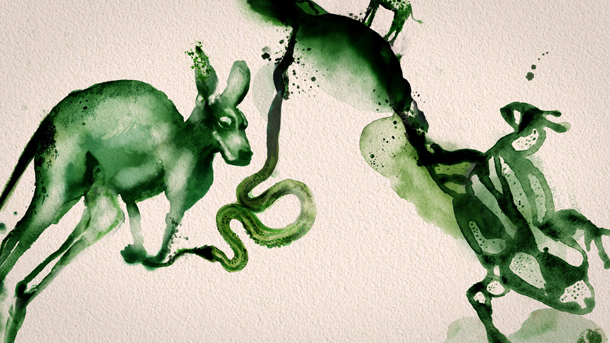 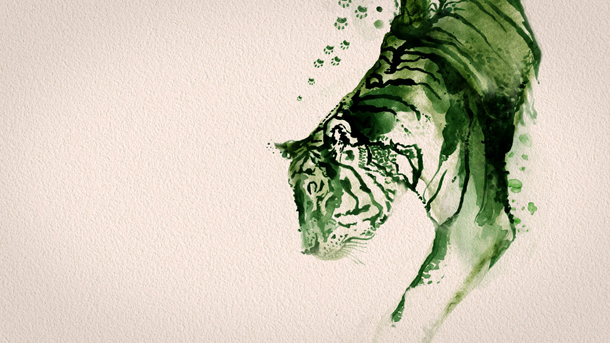 DJ: What’s next for Gemma O’Brien?
Hopefully lots of things in new mediums and ideas that I haven’t yet explored. I’d love to realise a lot more of my type ideas in motion graphics, move all around the world and document the typography in different cities, write a children’s book called Bam Bam the Bicycle and start a regular 5 minute TV show called Flower, Philosophy or Font.

DJ: What has been the soundtrack to your life?
Wake Me Up Before you Go Go (Wham).

DJ: What’s your secret obsession? Or is it just typography still, still researching, still learning, still discovering?
Riding a bicycle is (not-a-secret) obsession, definitely still typography, and then weaving in and out of other fleeting obsessions, which will remain secret ;-) 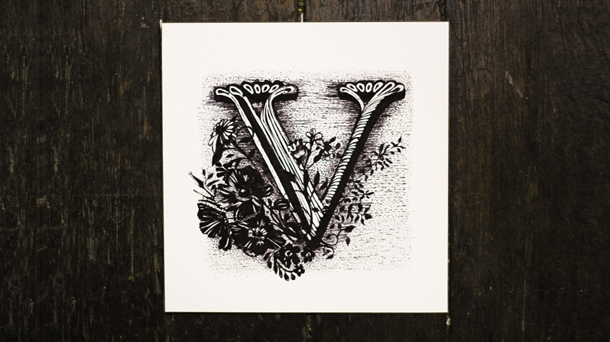 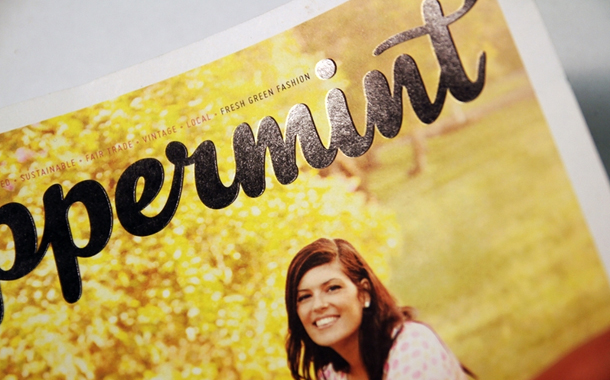 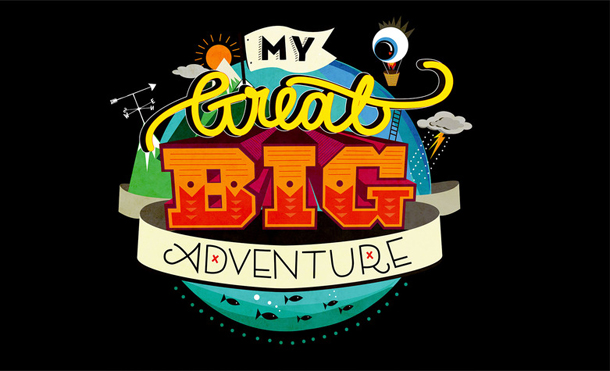 DJ: And Finally… with all the energy you seem to have around you what do you do away from the office to relax or find stimulating? How’s the band The Yeah-No’s doing?
Ahh the band the Yeah-No’s had its glory moment and has since evaporated. The other band member has since become a police officer! Things I find relaxing… going to authentic 80’s aerobics class every Tuesday night, watering my peace lilies that always look they are going to die then come back to life, scouring through giant second hand book stores, listening to radio podcasts and playing the cello. Things I find stimulating; legendary people with great stories and a sense of humour; staying up all night dancing; and riding a bicycle…