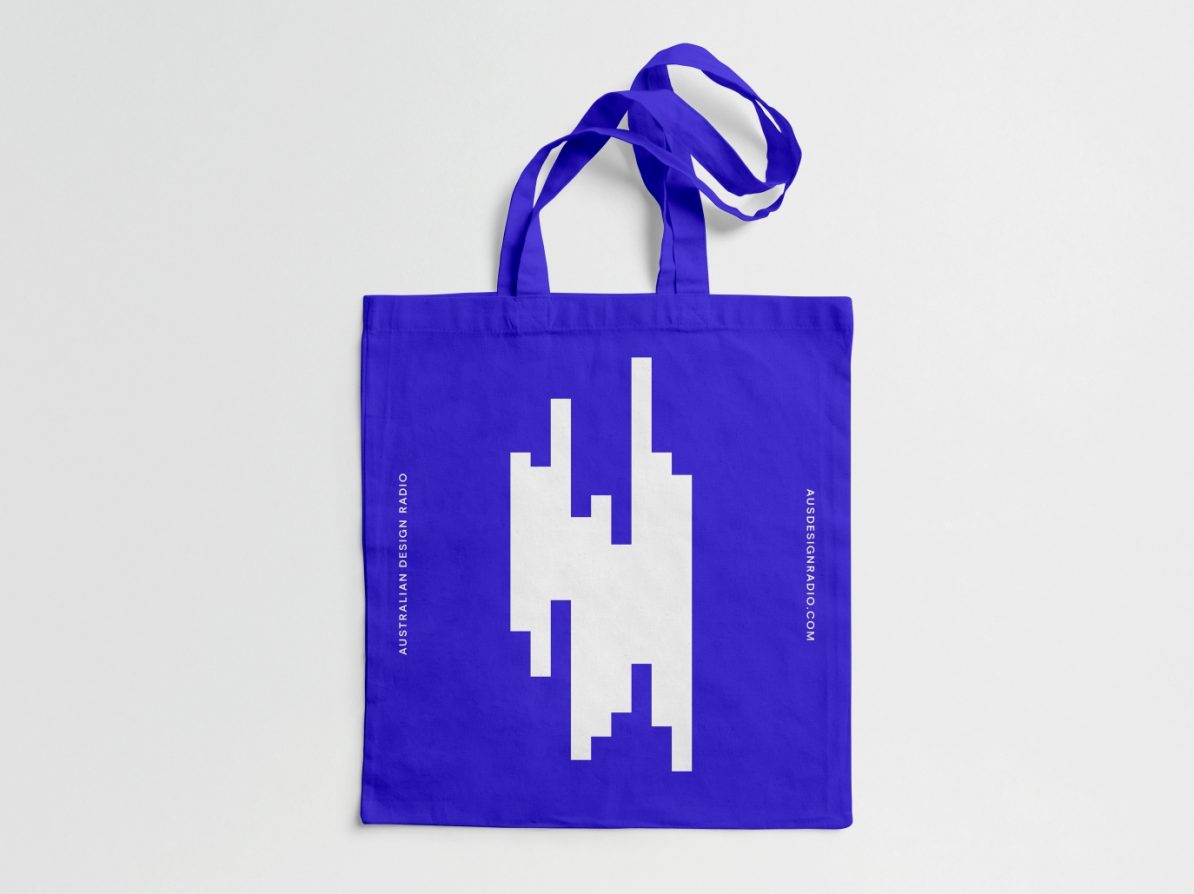 Living identities start as a grand vision, but all to often stops at a simple animation. Australian Design Radio’s new mark goes beyond that first stage and truely breaths as a digital living mark.

Australian Design Radio (ADR) is a podcast based in Sydney, Australia that aims to provide the global creative community with conversations and commentary on Australian Design. Eighteen months and over thirty episodes after launching, the team decided a complete overhaul of the brand was in order.

Christopher Doyle & Co. were engaged to develop a richer digital experience, as well as a new visual identity that would have greater impact across social media and promotional collateral.

Referencing the visual language of equalisers and Australia’s country shape we developed a living, sound responsive identity based around a bold, simple logo mark. In its resting ‘off-air’ state the mark consists of nine EQ bars, aligned in sets of three, to reveal the letters ADR. Whenever and wherever an episode is ‘on-air’ the mark then responds in real time to the rhythm and frequency of the conversation being had. Snapshots of these ‘on-air’ states were then captured to be used across print and digital applications.

The result is a living, breathing identity that constantly shifts in shape, form and volume based on the conversations that drive it. 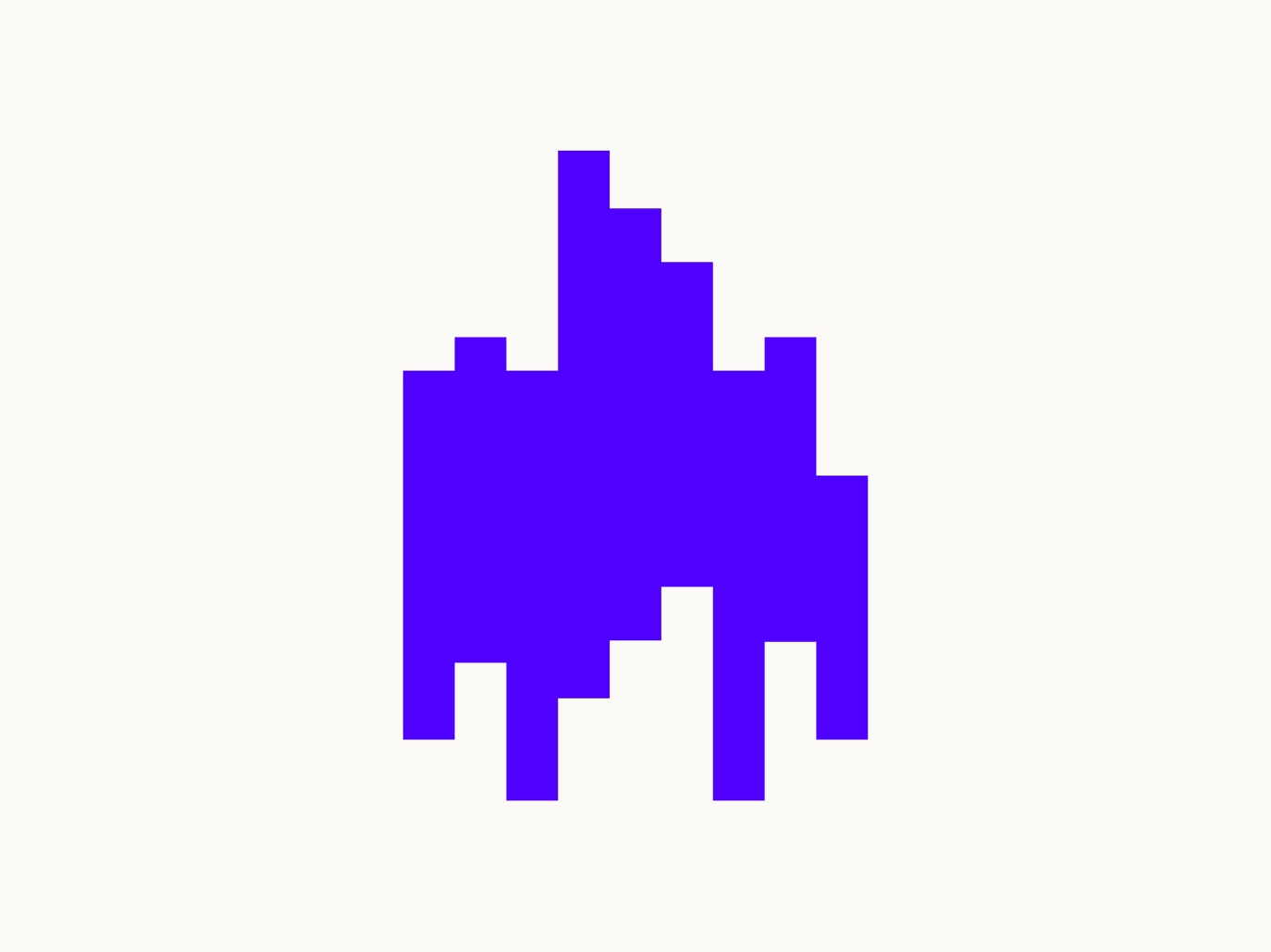 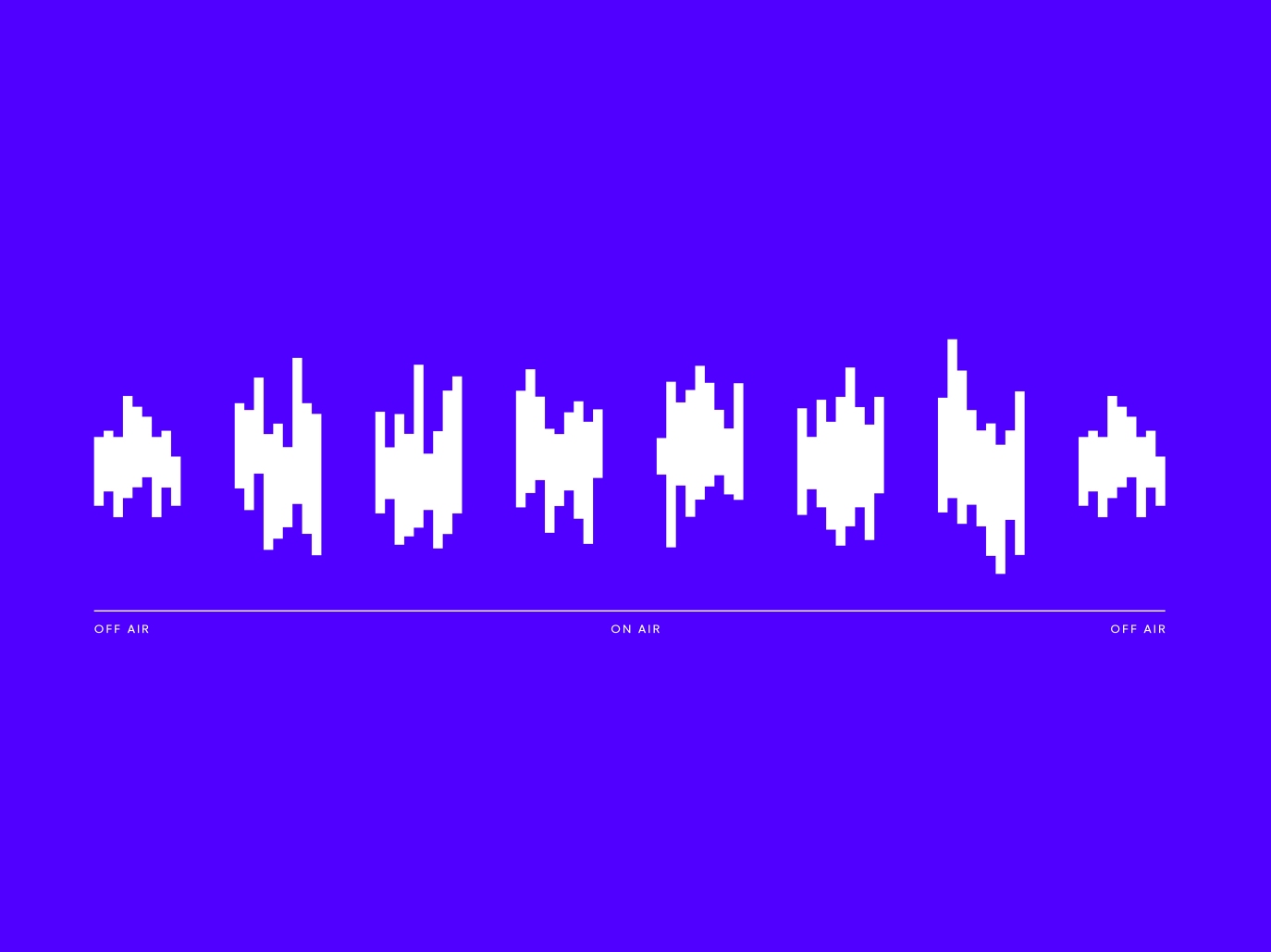 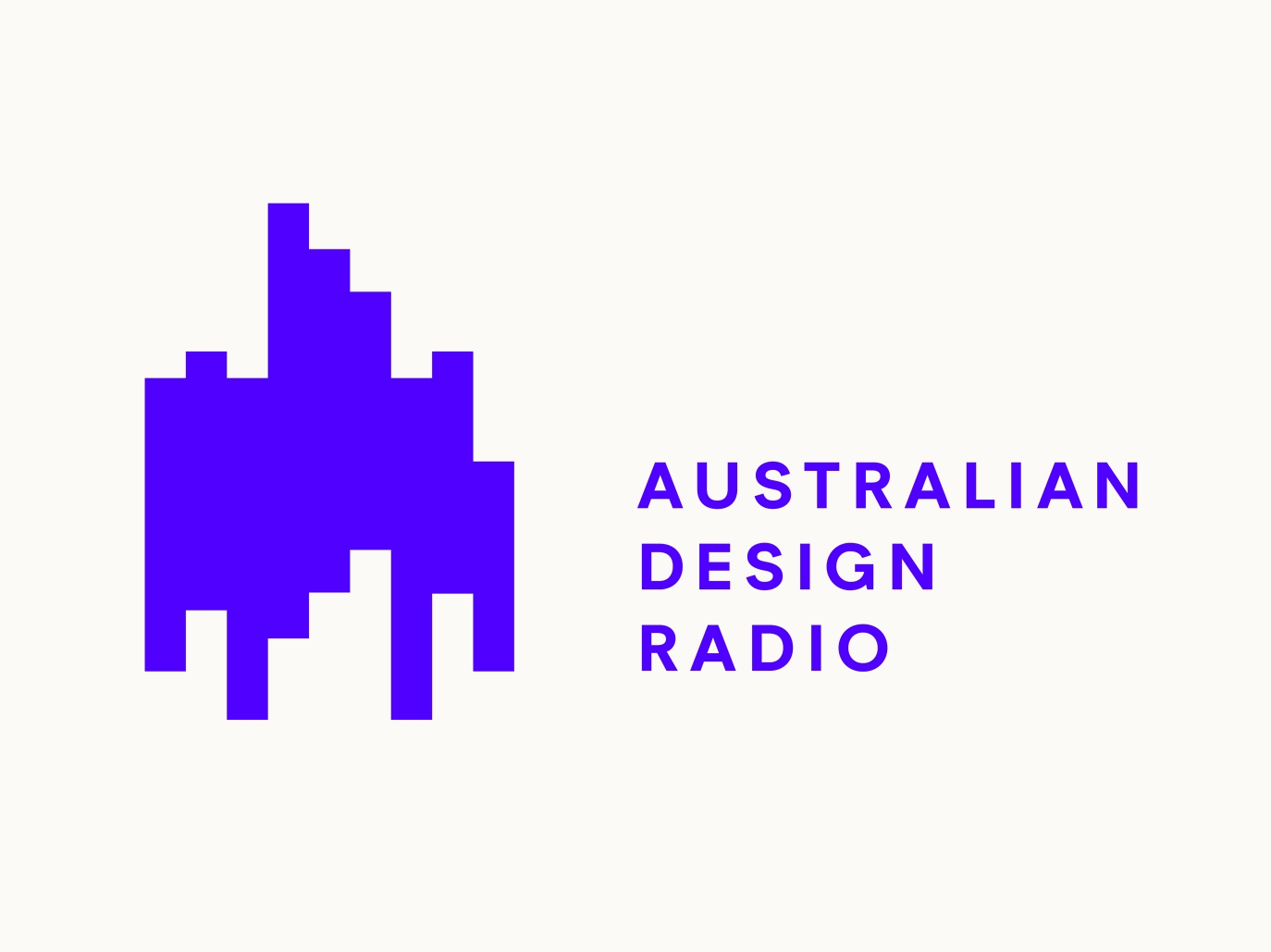 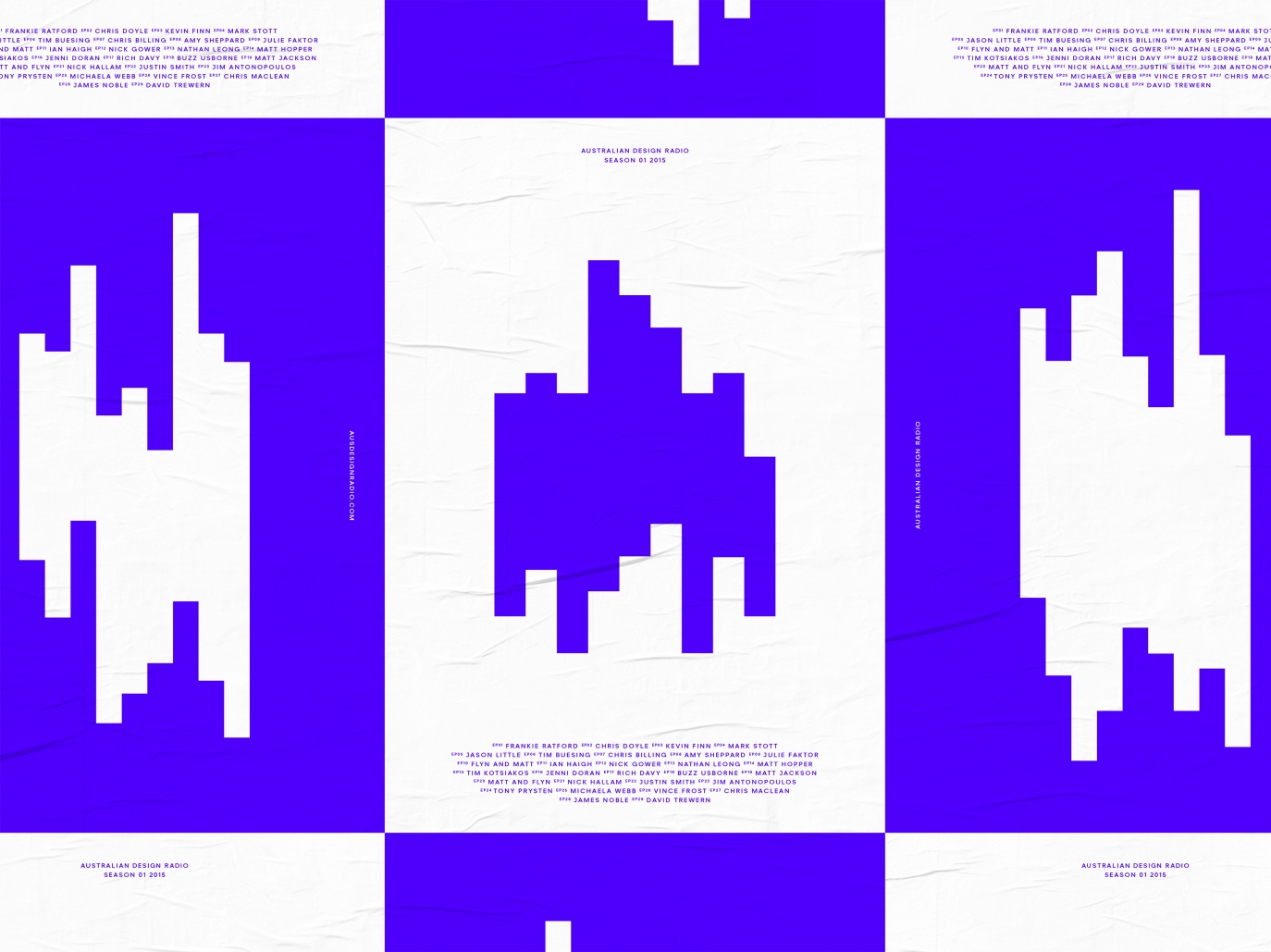 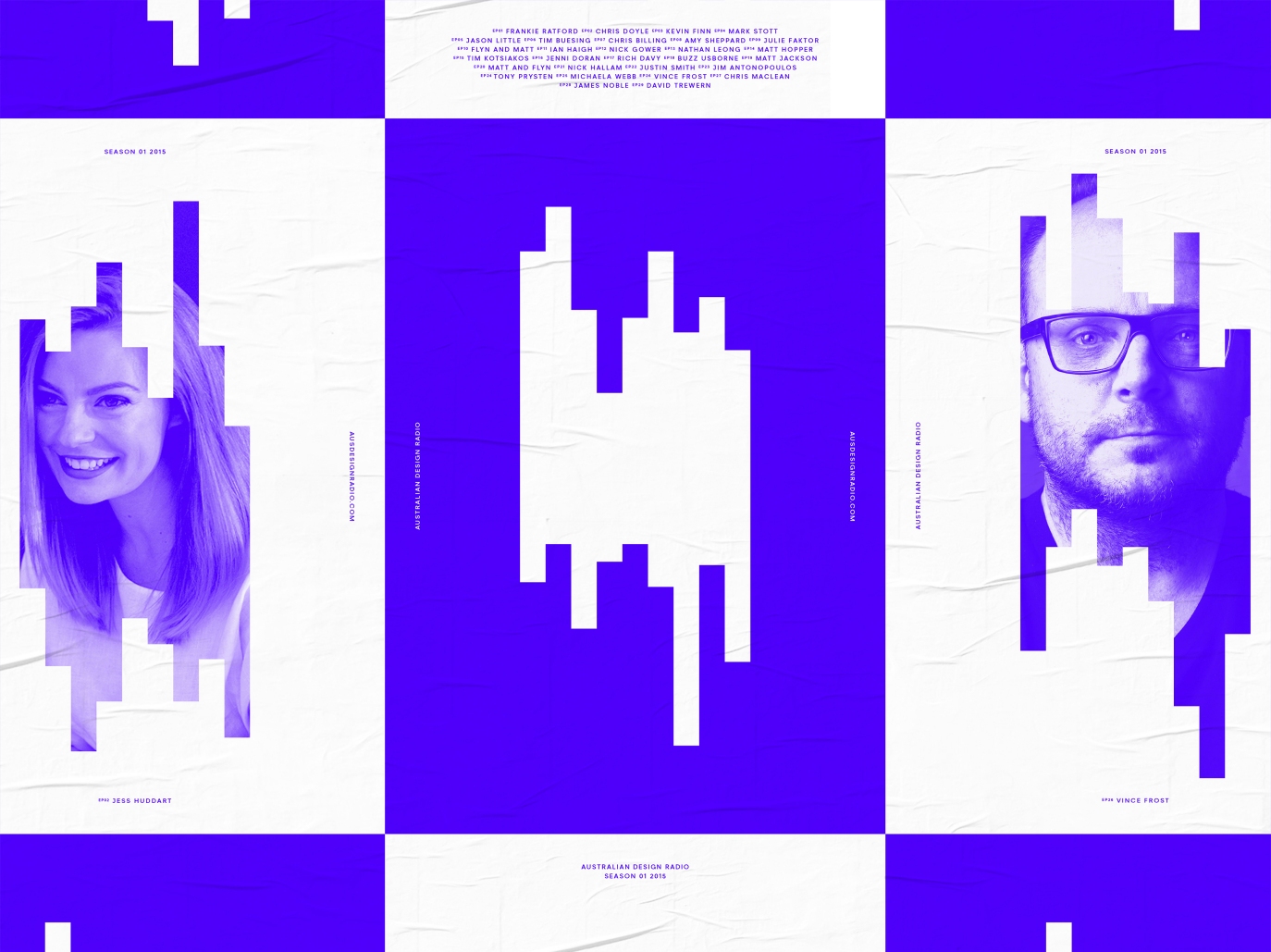 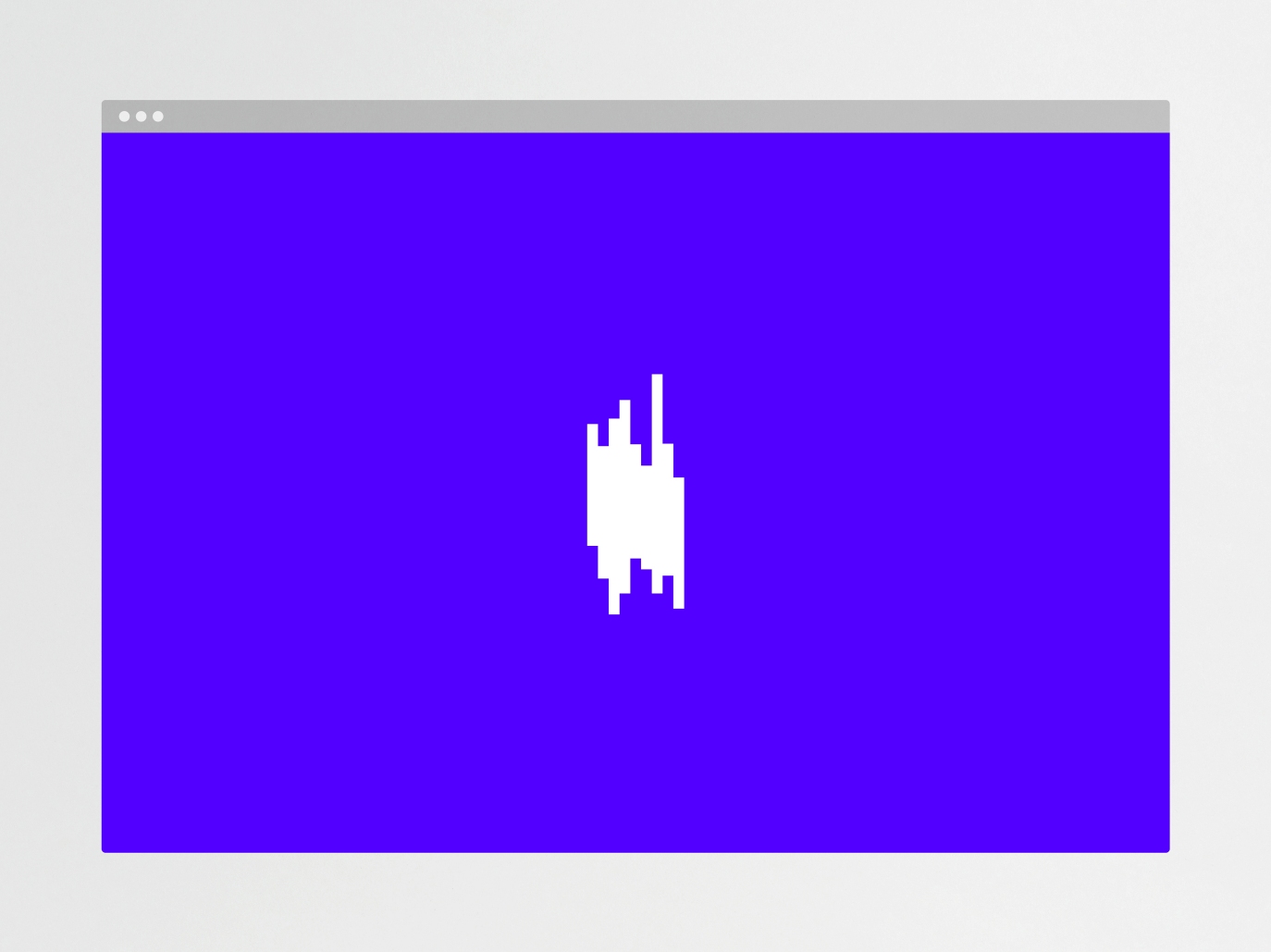 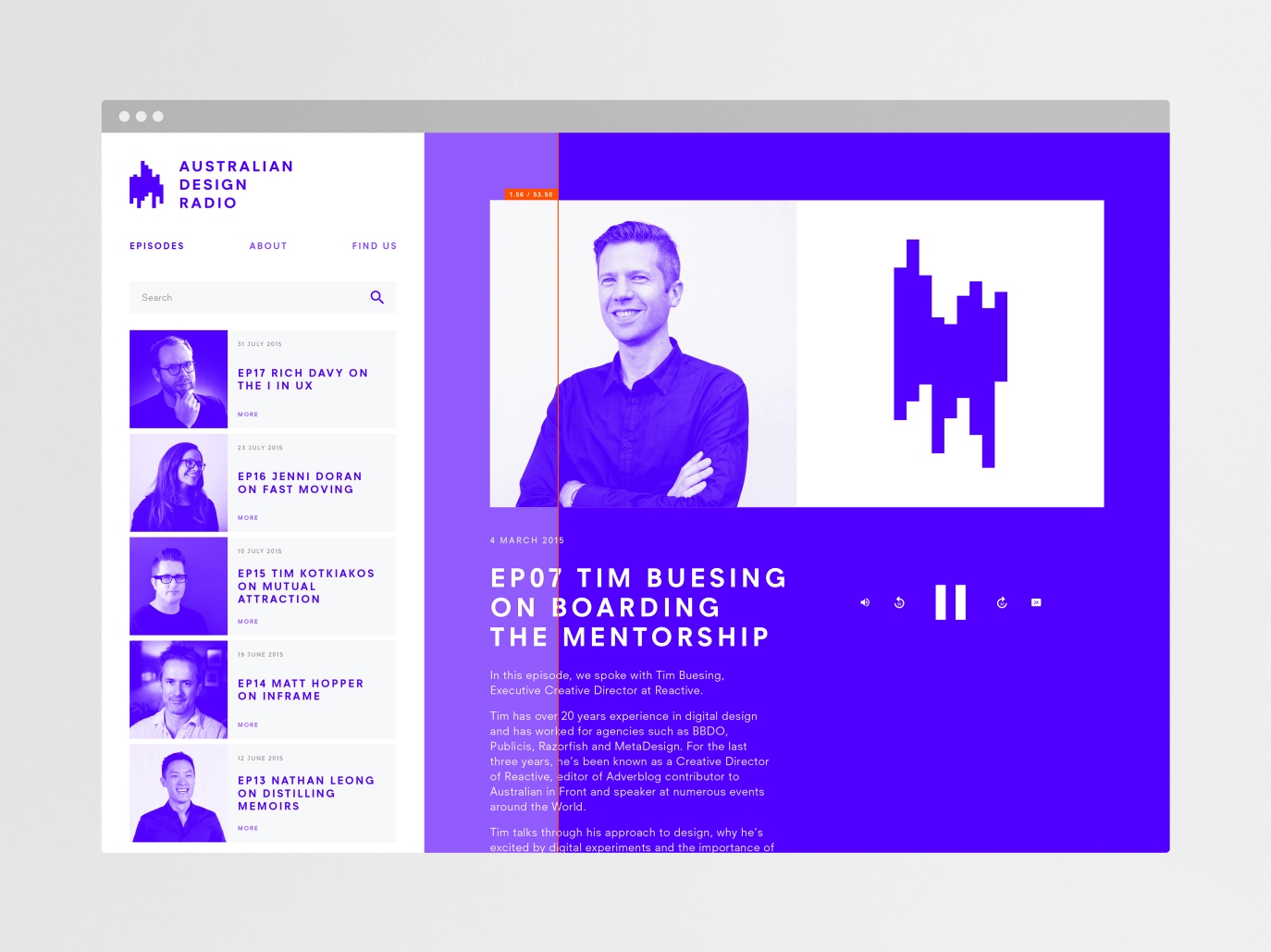 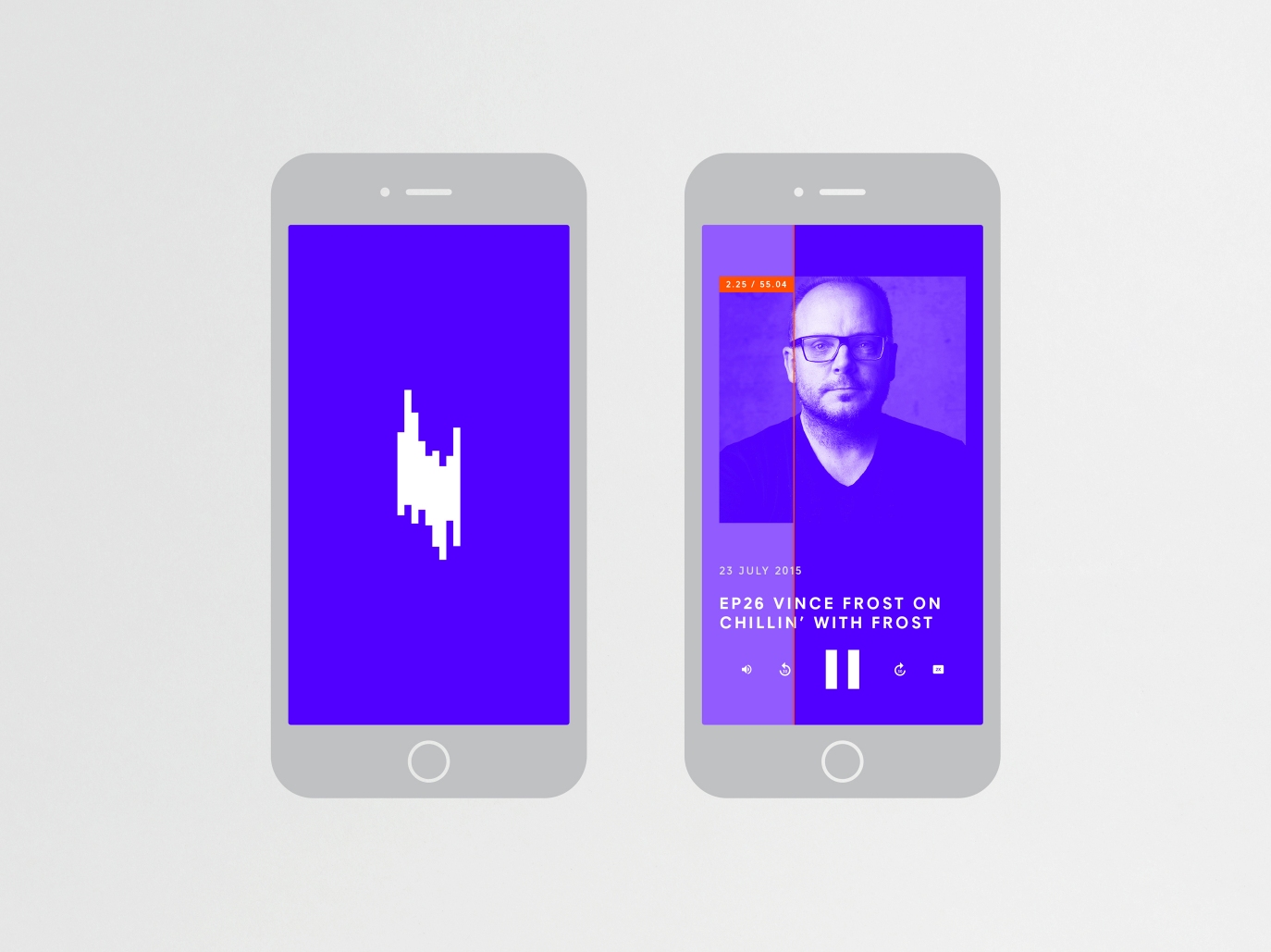 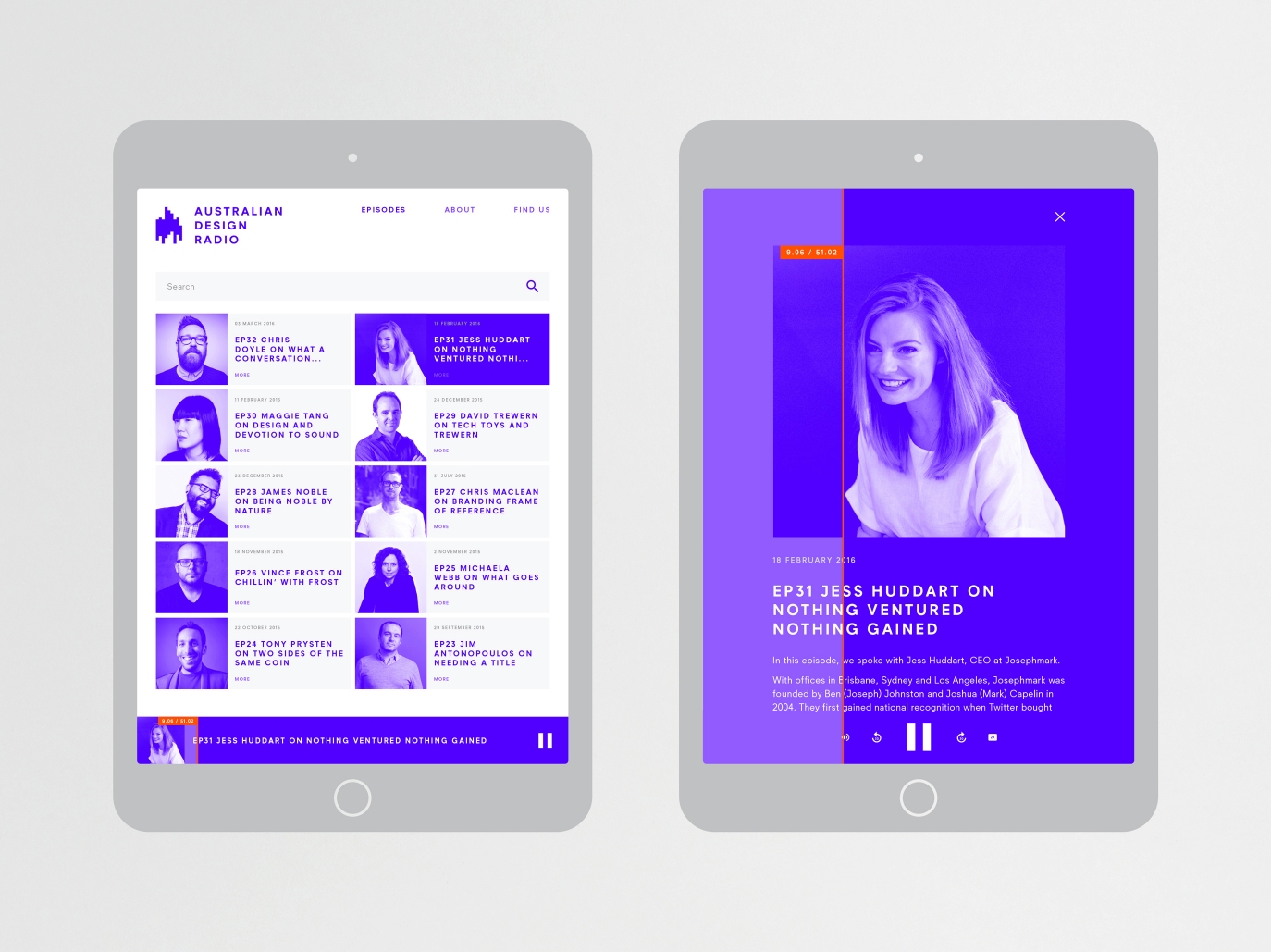 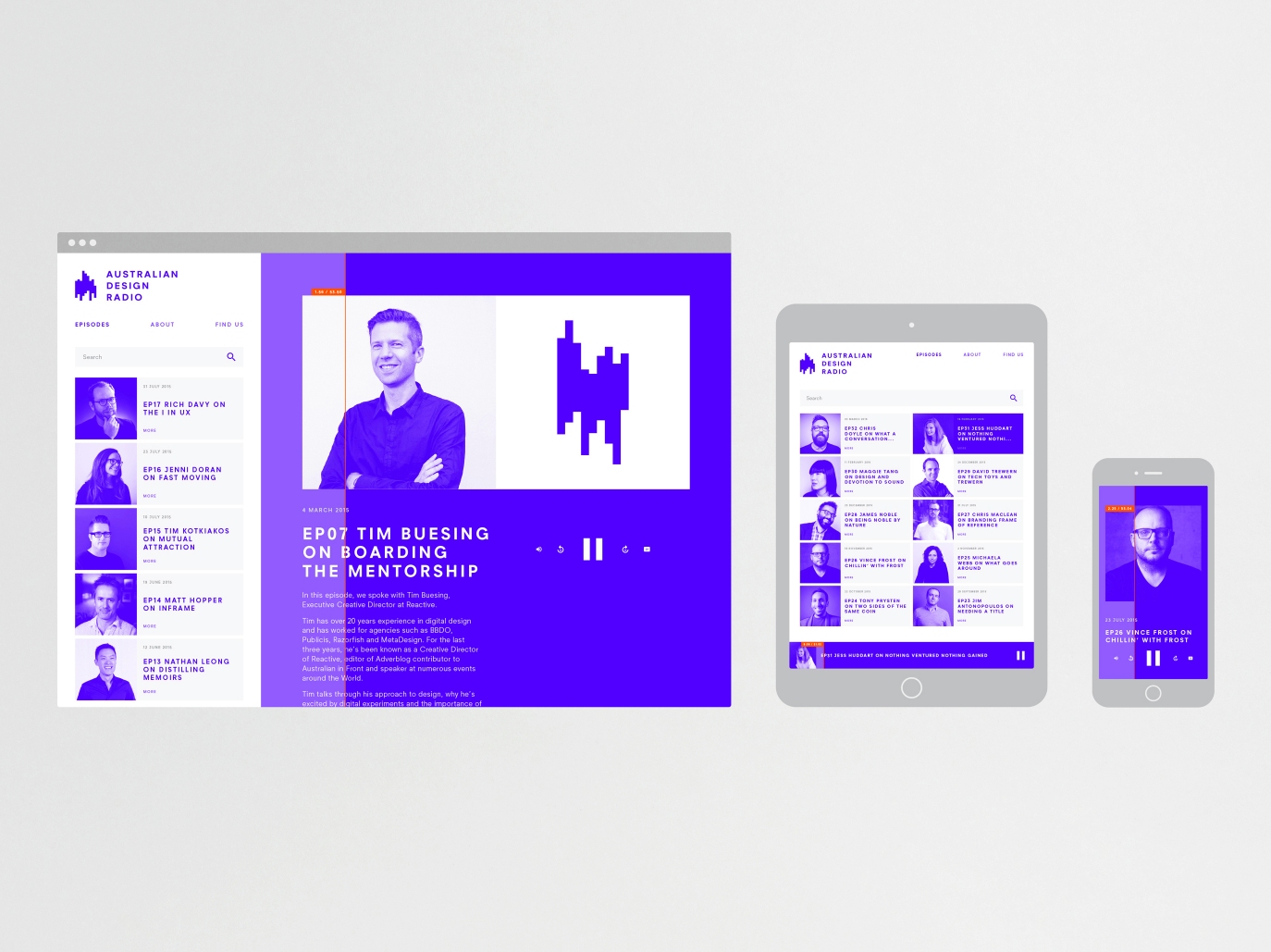 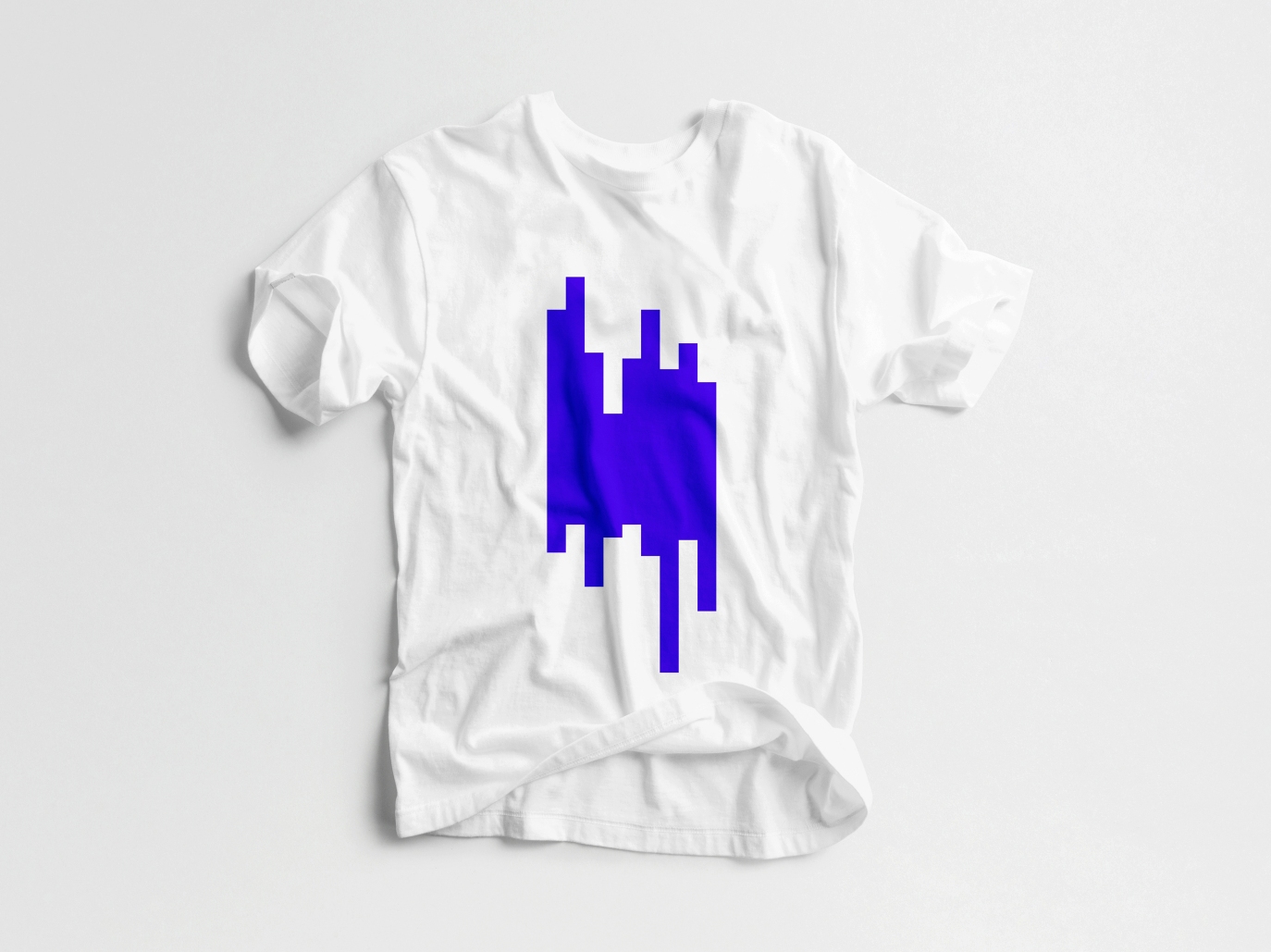