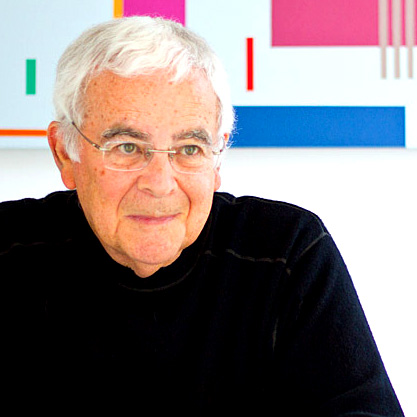 “I needed only a drawing board, a t-square, some triangles, pencils, a sharpener, a desk lamp and a chair.”
—Burton Kramer

For your viewing pleasure, this spring will see the the release of an insight into design great Burton Kramer, produced by Vancouver based designer Greg Durrell.

Born in 1932 in New York, Kramer began working in the late ’50s after graduating from Yale University. Aside from his prominently featured work at Expo 67, he is perhaps best known for designing the distinctive Canadian Broadcasting Corporation logo in 1974, consisting of a stylized letter “C” radiating in all directions, representing broadcasting. Kramer was a driving force in the modernist environment in Toronto where he set up his practice Kramer Design Associates, received a Lifetime Achievement Award from Arts Toronto in 1999 and an honorary doctorate from the Ontario College of Art and Design in 2002.

Meanwhile, if you can’t wait for the film, you can get your hands on a great retrospective book here.