Looking back through our ‘design heroes‘ series so far it would be a fair to ask, where are all the female designers? Well this weeks profile will help to address this by focussing on the eclectic, colourful and sometimes eccentric work of the wonderful Morag Myerscough. Most well known for projects that integrate graphics and type within architectural environments, her award-winning work on wayfinding systems, exhibitions, installations and even schools has been well documented in design books and publications worldwide. In under two decades her small but prolific studio has created a varied, expansive and visually stunning body of work.

Morag was born in Holloway, North London in 1963 into what she has called a ‘bohemian’ household. Her mother was a textiles designer and her father was a classical musician who recorded movie soundtracks and even played on the Beatles ‘White Album’. At school Morag did well at art and went on to study at St. Martins in London. She followed this with two years at The Royal College of Art. After graduating in 1988 she worked for major agencies during the day and on freelance projects at night. After a stint with Lamb & Shirley and a year in Milan as head graphic designer for Michele De Lucchi’s studio, she founded Myerscough Chipchase with Jane Chipchase. This was in 1991 and was around the same time that other RCA graduates were forming companies such as Why Not Associates, Fuel and Graphic Thought Facility. 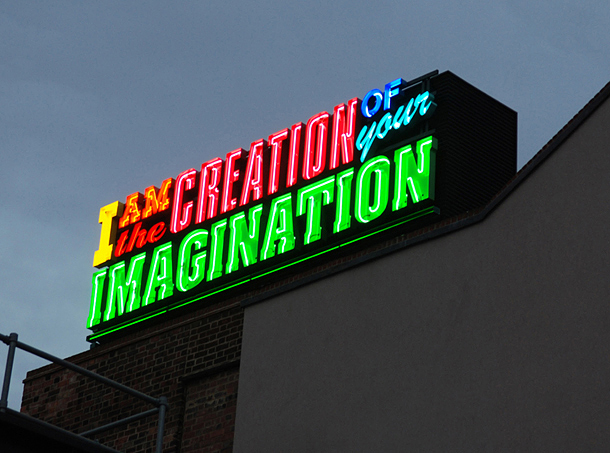 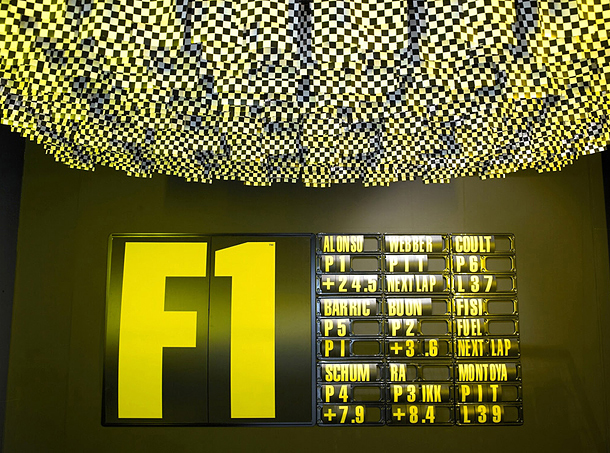 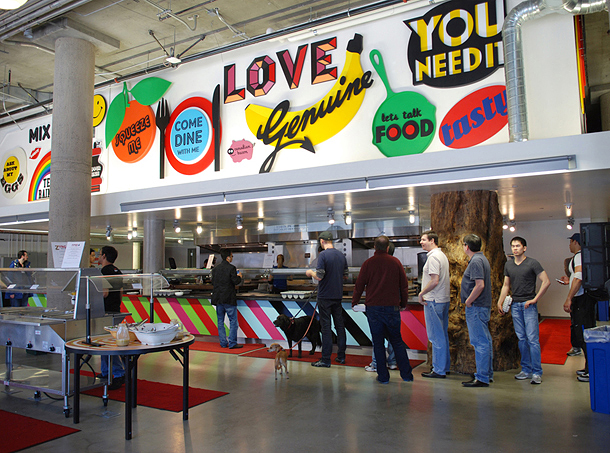 When Jane Chipchase left to work at Pentagram in 1993, Morag decided to set Studio Myerscough. The studio has grown and then sometimes downsized over the years, depending on the size and scope of each project. Morag currently has two design assistants, Vilma Jaruševičiūtė and May Mahoney who work alongside her at the 4000 sq ft East London gallery and studio space that she owns.

Morag seems to see no boundaries within the various disciplines that she works in, whether it’s architectural, art-based, product or experience design. One specific piece of work that has become synonymous with wayfinding is her collaborative and award-winning work on the Barbican Arts Centre. Morag was brought into the project at the very beginning and worked closely with architects AHMM as well as Cartlidge Levene who worked on the signage. Other equally well known schemes include her wayfinding and environmental graphics for Westminster Academy and Kentish Town Health Centre. 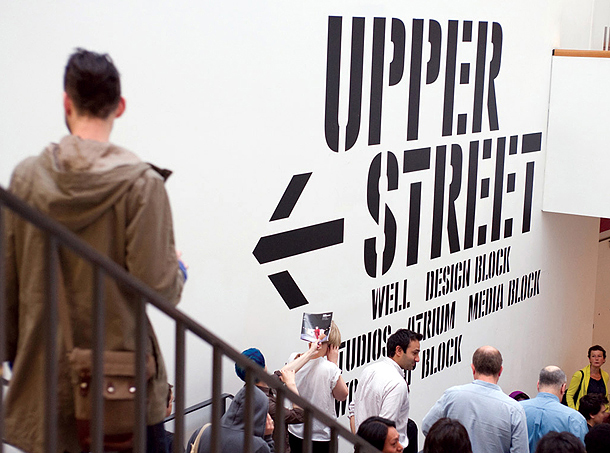 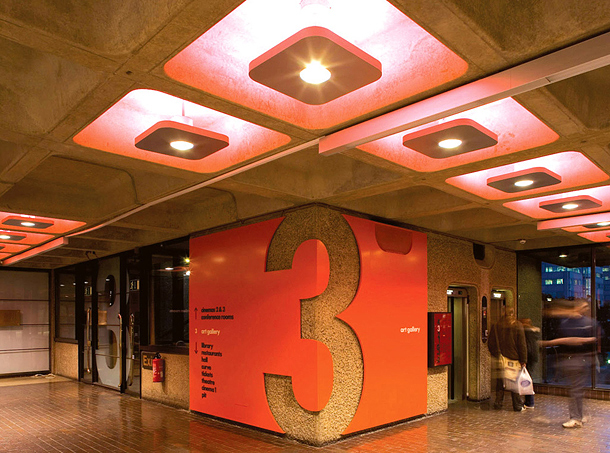 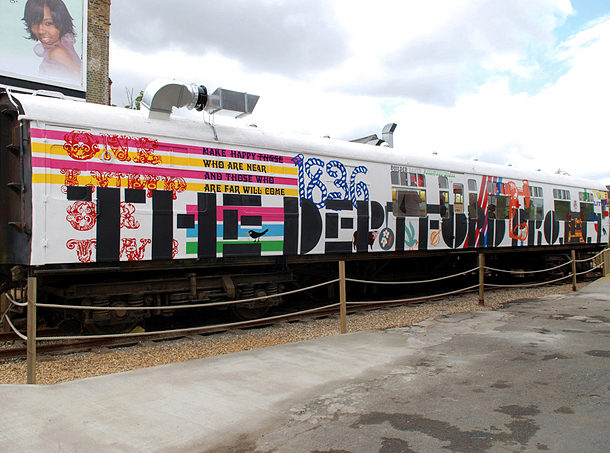 Morag’s work is influenced by a wide variety of movements and styles. She loves the energy and radical, free expression that design had back in the 1960’s. This anti-formalist, ‘anything goes’ attitude can be seen in many of her projects. On the eclecticism of her work she says: “Challenges keep my design fresh and I am always open to the unexpected. I never approach a job with any preconceptions. It is important to find the best way to work on a project, not be constrained by set formulas from the outset. I relish in productive collaborations and trust.” A fine example of this collaborative mindset can be seen in ‘Supergroup‘ a loose network of creatives that come together whenever a project requires their combined expertise. 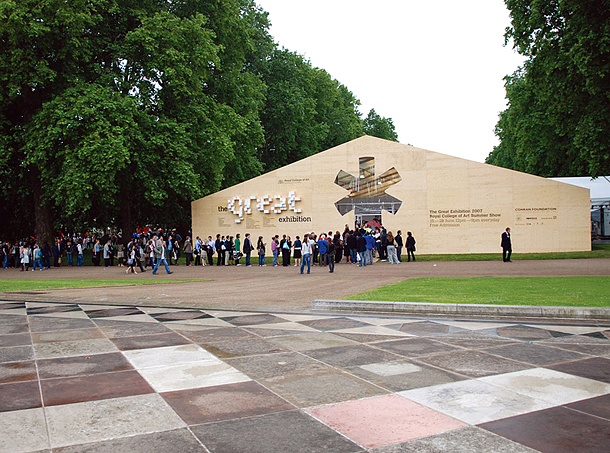 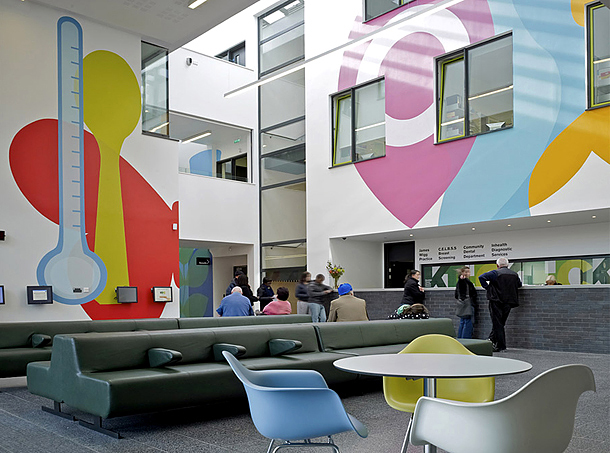 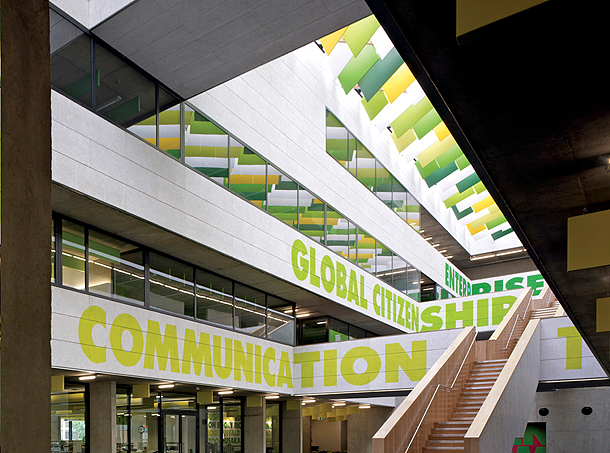 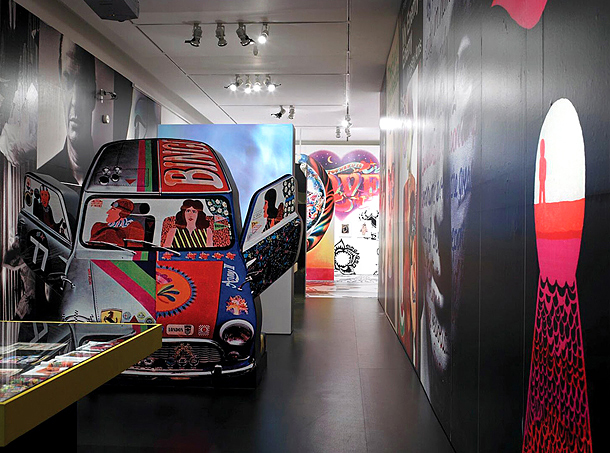