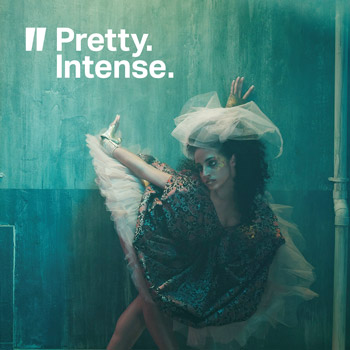 Dalton Maag’s Aktiv Grotesk was modified to create a unique logotype for the ballet company. The starting point was Aktiv Grotesk Bold, with the spacing and leading of the individual characters being refined to create the perfect typographic balance for the words “English National Ballet”. The most major modification was to replace the standard Aktiv Grotesk “g” with a new two-storey version for greater aesthetic appeal. Aktiv Grotesk was chosen for its clean lines and modernity, which challenge the traditional image of ballet.

Ben Haworth, Creative Director of The Beautiful Meme said: “The decision was made quite early on to deviate from any visual preconceptions of ballet predominantly including script or baroque serif typefaces. We wanted a brand typeface that would reflect and support Tamara Rojo’s artistic vision of communicating a core truth that everyone in the Company has something to say. Aktiv Grotesk seemed the perfect vehicle to profess the English National Ballet’s new bold and confident position. It’s an exquisitely drawn typeface that has the creative quirks and character to distinguish from other more clinical grotesque fonts. Its clean and contemporary feel also has a degree of neutrality which is key for future collaborative projects across a wide range of the arts to enhance the vision of the ENB being the UKs most creative company.”

Bruno Maag, Creative and Managing Director of Dalton Maag said: “The dancers must take center stage, and the stunning imagery makes this clear. Our Aktiv Grotesk font supports this ambition clearly and cleanly. The choice of a bolder weight is inspired, as it avoids the fashion trap of using very thin styles so often seen in brands related to fashion and art.”

Shot on location in London, East Sussex and in Holborn Studios by Guy Farrow working with the Vivienne Westwood team and with dancers choreographed by English National Ballet’s Associate Artist George Williamson, the Vivienne Westwood collections were chosen specifically to emphasise the non-conventional but classical image. The couture garments used within each image were specially selected from both Vivienne Westwood’s extensive archive and paired with pieces from the latest Spring-Summer 2013 collections to continue the idea of mixing modernity with tradition. Both the clothes and the images created symbolise this feeling of British avant-garde and are seductive and elegant yet commanding. They reference historical dress and British culture, whilst most importantly celebrating the human form.

In Vivienne Westwood’s own words: “My clothes allow you to project your personality, and are theatrical in the sense that they are real clothes, well-designed, and they give you a chance to express yourself.”

New weights of Aktiv Grotesk are being launched today to coincide with the font’s use in the English National Ballet campaign.

Of course, this isn’t the first time we’ve featured a the lovely work of The Beautiful Meme and Dalton Maag, you might remember a lovely Bannockburn identity from back in the summer. 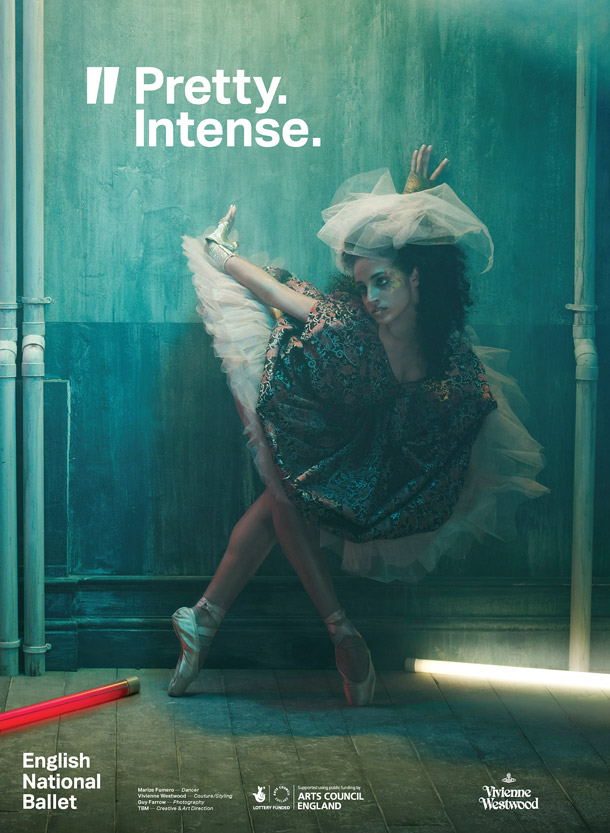 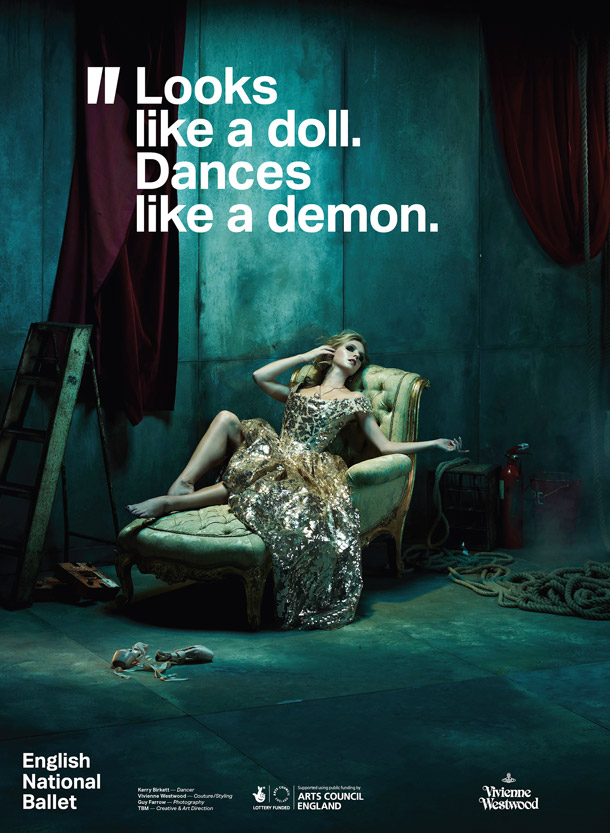 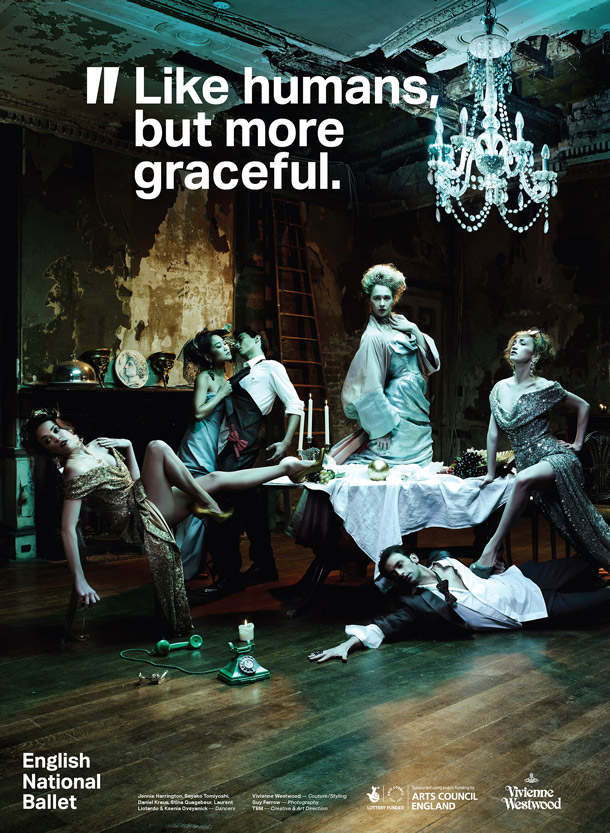 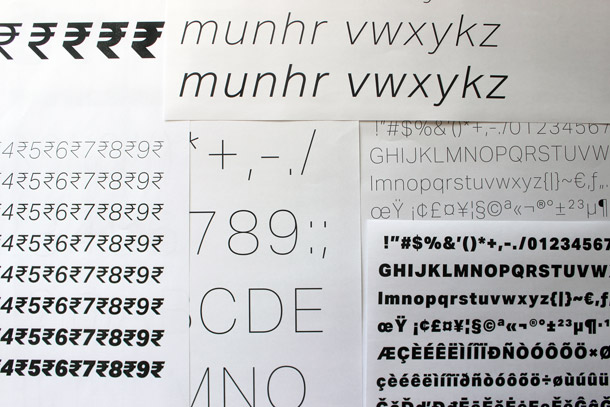 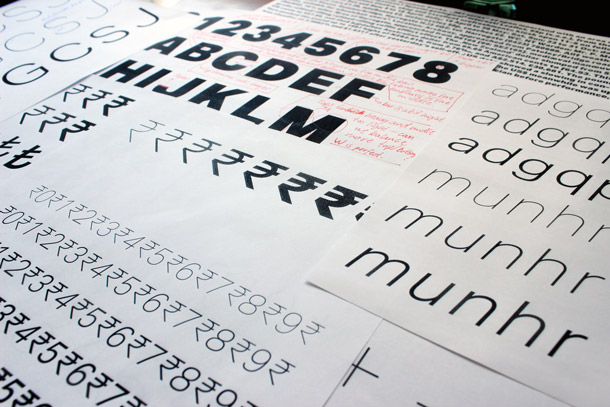 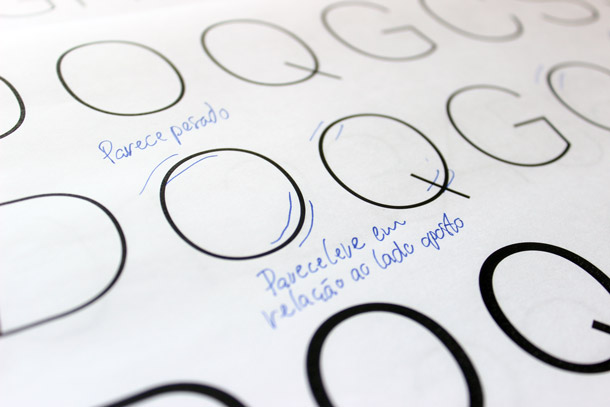 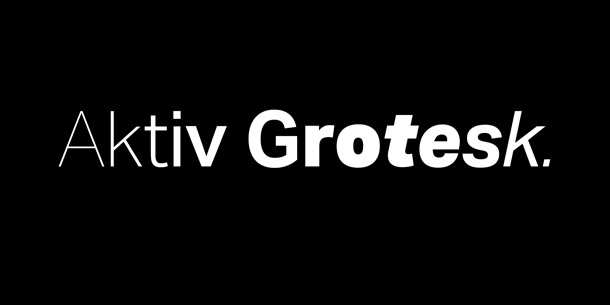 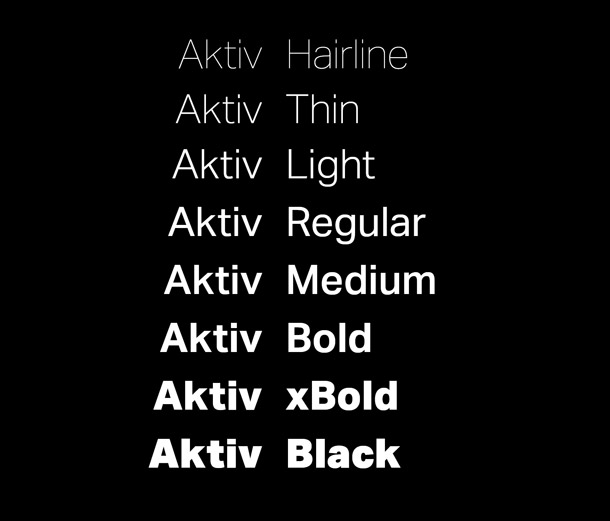