With the deadline for the New Zealand design awards, Best, fast approaching the top shops are beginning to gather up their finest pieces of work from the last 12 months and ears are beginning to prick up around the blog-o-sphere as we wonder what and who will hit the mark this year.

The Church have had a great year, not least with their work for NZSO, hope you’ve got your entry ready guys as this is a goodie.

Over to Creative Director Adam Cansino to take you through the thinking in his own words:

The goal of the 2013 campaign was to make the NZSO more accessible for everyday New Zealanders whilst still maintaing their premier status as a world-class orchestra. We achieved this by telling individual stories (view here) of both NZSO players and audience members around the theme ‘Two sides to every symphony’. It’s about highlighting the many dualities found throughout the orchestral experience – the practice and performance, before and after, seeing & hearing and newcomers and seasoned concert-goers to name a few.

The campaign is made up of two parts, first a subscriptions campaign which launched in October 2012 and the retail campaign which runs through-out 2013. For the first time these two campaigns have been based on the same creative, we feel it brings a level of consistency and accessibility that hasn’t been achieved before.

We worked with two of our closest partners to deliver the campaign – firstly the exceptional photographer Steve Boniface to produce stunning portraits of orchestra members, audiences and instruments which formed the basis of the subscription brochure and onto the retail poster campaigns for the 2013. Secondly with Flying Saucer Films to develop nine short videos that built on and extended the stories featured in the brochure. Combining these beautiful videos with music from the 2013 musical programme, we were able to echo aspects of the shows ahead in hopes of drawing in a new and younger audience. The videos are accessed from a bespoke section of the NZSO website which we created. 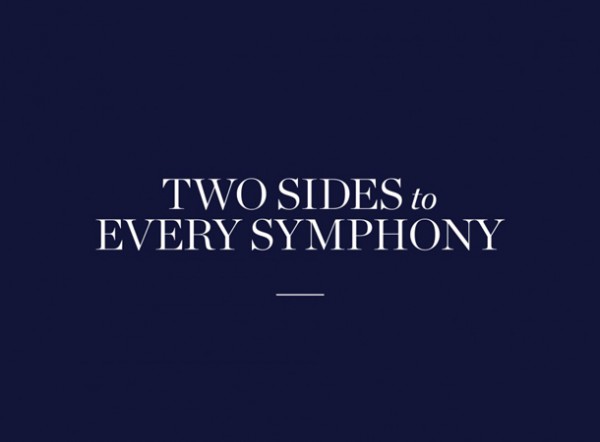 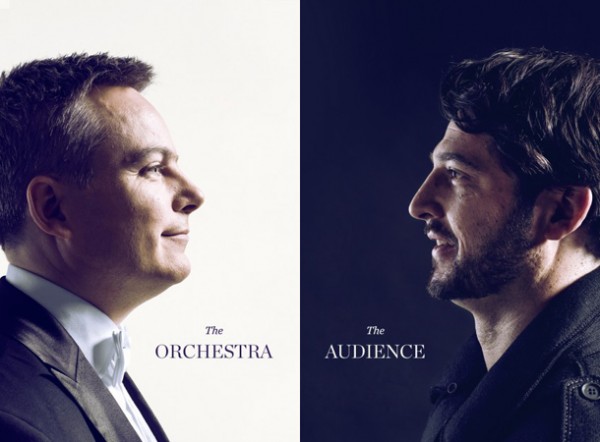 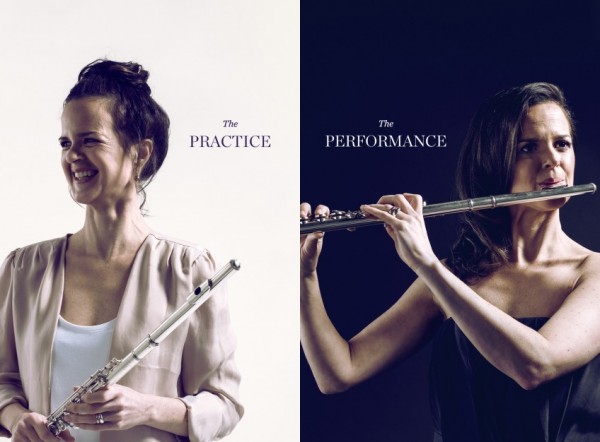 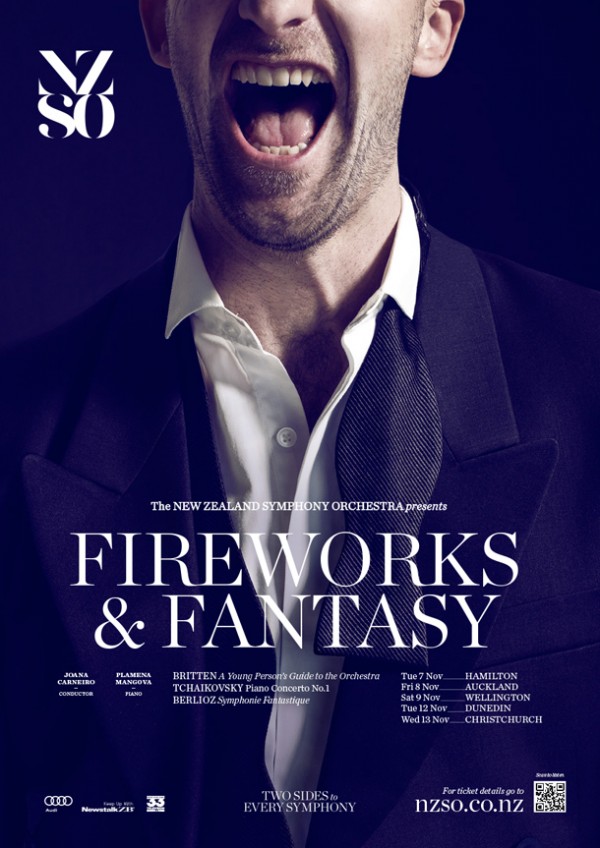 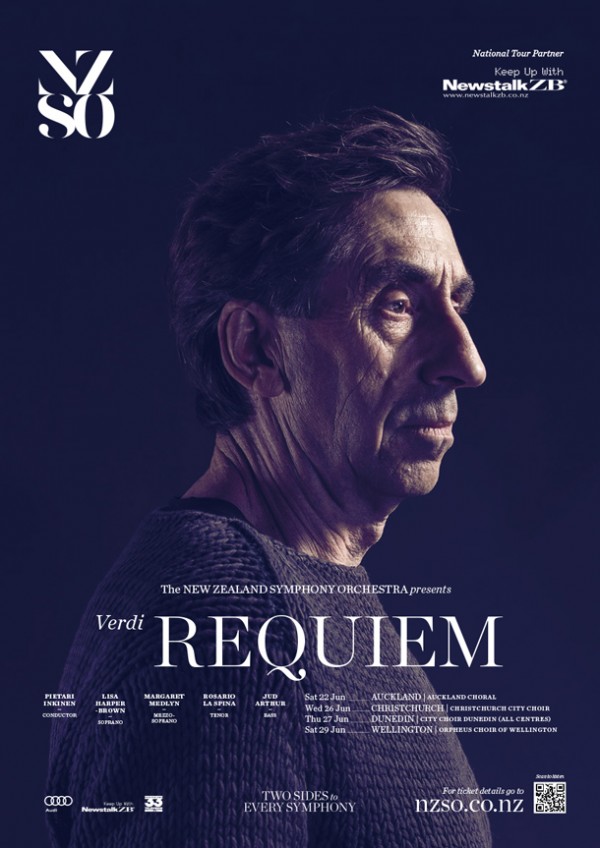 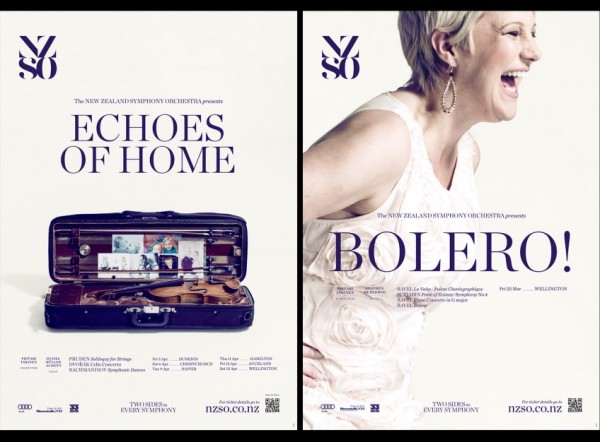 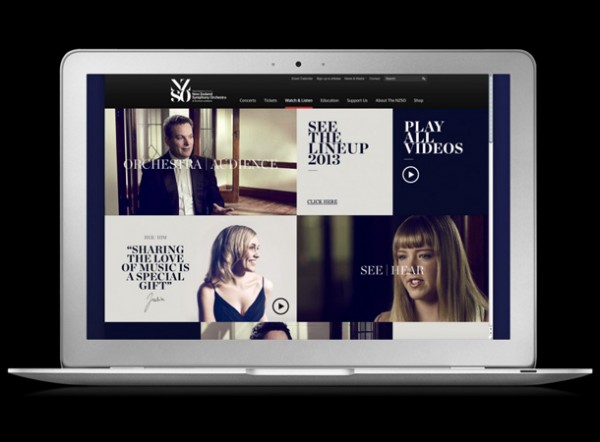 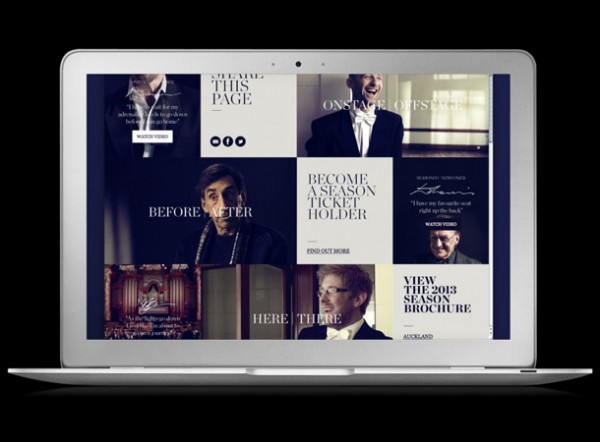