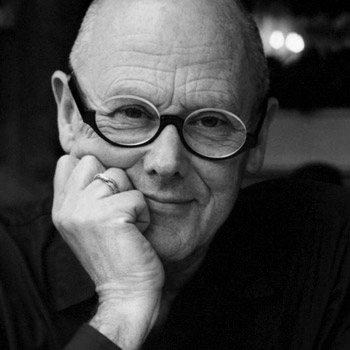 Continuing our mini-series of design heroes, former Creative Director of The Brand Union and founder of Perth & Singapore-based studio Zebra, Martin Maher talks to us about the legendary Michael Wolff…

Most designers have heard of the company Wolff Olins. Ok so that’s obvious statement of the year out of the way. We know them from their innovative and intelligent identity systems, even non-designers would acknowledge the controversy surrounding their identity for the Olympic Games. I actually really like this highly dynamic identity and I think people were pretty quick to dismiss it, but that aside, it’s fair to say a lot of people know about the great work that Wolff Olins have pioneered. A company that has been described as ‘the world’s most influential brand business’ must be doing something right.

A lot of people know of Wally Olins too. Some see him as the founding father of modern brand identity, particularly in the area of brand architecture. I’ve always found his books to be excellent handbooks on everything brand related. So it’s safe to say that Wolff Olins and it’s co-founder Wally Olins are well known within the design community. But what about the other co-founder of the company. What do we know about Michael Wolff, the creative part of the partnership. It’s been written that he’s eccentric, a bit off-the-wall, unconventional and overall a bit of a maverick. In fact, all the things that make great creatives, well, great.

Michael was born in 1933 to Russian parents who had re-located to England from St Petersburg. He was said to be a quiet, sensitive child and he loved animals, which would later become somewhat of an inspiration in his work. He didn’t like school much and when he finally left he spent a year in France where he became interested in architecture and on his return to London he enrolled in the Architectural Association School. He soon left and ended up dabbling in fashion design and interiors. After a brief spell in national service he found a job at Olympia working on exhibition stands. He then went on to work with the design department for Crawfords Advertising. Later he worked for the BBC as a set designer. But it was whilst working for James Main that he first met Wally Olins. They got on exceptionally well and Wolff Olins was born in 1965.

Whilst here Michael was responsible for some of the most innovative and original identities of the 70’s and 80’s. His fascination with animals came to life in logos for Hadfields’ paints (a red fox), Bovis (a kingfisher) and later the use of a goldfish with his post Wolff Olins company Addison. Using a full colour illustration of a bird as the symbol for a building company was brave but it paid off and Bovis still use the kingfisher to this day. It was this playfulness as well as a lightness of touch that gave Michael’s work such originality. His work at Wolff Olins was hugely influential and highly brilliant and with Wally Olin’s strategic vision and business mind the company was unstoppable. Among their clients were Audi, Apple (the Beatles company), British Telecom, P&O, Renault, 3i, Pilkington and Volkswagen. 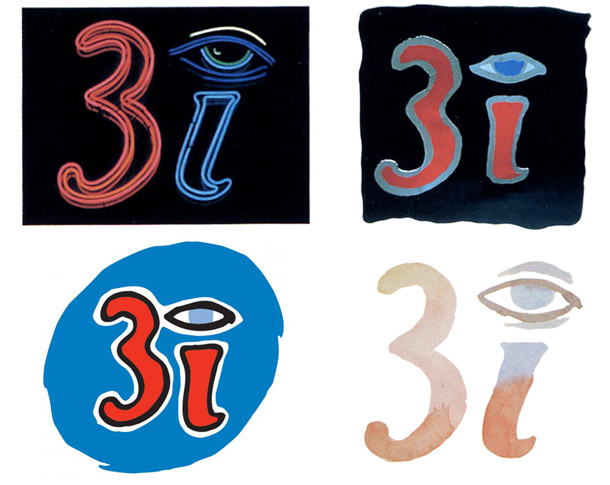 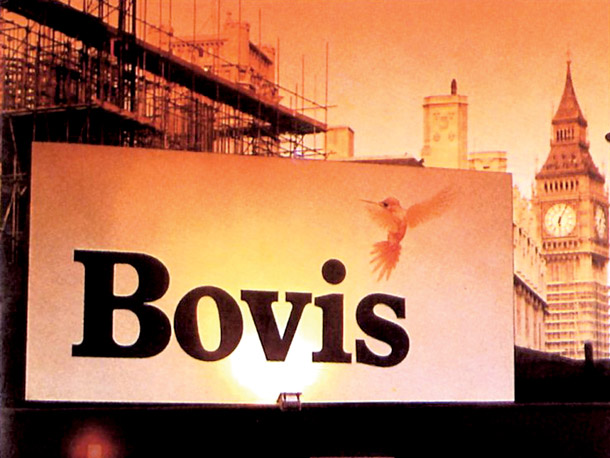 But Michael slowly became disillusioned and dissatisfied with the work. He attended a course with the controversial Erhard Seminar movement which was all about self discovery and Michael came out with a new outlook on life. This new Michael Wolff didn’t sit so well with the rest of the management and during a now infamous boardroom coup Michael was asked to leave. At the time several reasons were bandied about in the design press but no one really knew what happened. What it did mean though was the beginning of the end for this particular era of the company.

“Having an idea is a block to having more. If you have an idea, just throw it away. You think you’ll never have another one but you will … sometimes you just have to leave things alone.” – Michael Wolff

Michael went on to work as the Chairman for Addison but this didn’t last long as he didn’t like the traveling and missed the more hands-on approach to working that he loved. He left and after a short stint as a non-executive of Newell and Sorrell (which later became Interbrand) he formed the Fourth Room in 1988 where he was ‘director of imagination’. This radical company was a loose partnership of like-minded individuals who chose the best suited, outside consultancies to do the actual work. This lasted a few years but eventually ended and since then Michael has worked as Michael Wolff & Company. His more recent clients include 3i, Citibank, Mothercare and the Ministry of Sound.

Michael has always had a highly curious approach to his work. Imagination and originality have always been key to his process and to call him a visionary wouldn’t be that far off the mark. I’ve always loved his work and in my opinion he really should be cherished as a true pioneer of British design. Designers like Michael, Alan Fletcher, Derek Birdsall and companies like Hipgnosis spearheaded a very British approach to graphic design during the 70’s and 80’s. This later paved the way for original thinkers like Peter Saville, Barney Bubbles, Neville Brody and Jonathan Barnbrook all of whom could be seen as unconventional and somewhat quirky in their own right. It’s these individuals that have really helped make our industry such an exciting and fascinating one to work in. And thankfully this DNA lives on in wonderful British companies like Johnson Banks, North, Spin, Build, NB Studio, Browns, Venture Three and Moving Brands. 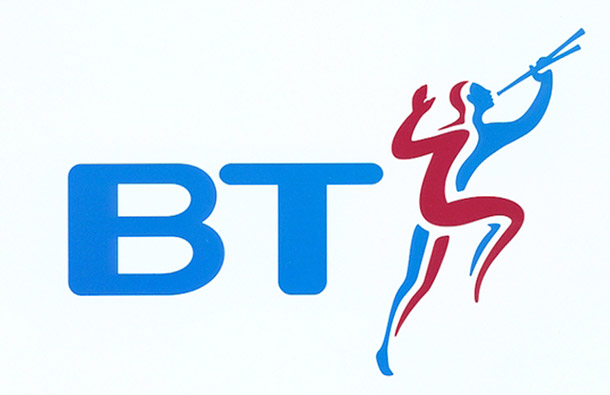