Terrifically charming and vibrant new work by Perth studio Zebra ~ Moodmakr app, the brainchild of Arcade who are a Singapore-based creative agency.

Arcade are known for creating intellectual properties and ideas and turning them into commercial ventures. Zebra have worked alongside Arcade on many projects over the past few years and with Moodmakr they were asked to bring one such idea to life. Moodmakr is an app that aims to satisfy the mood of a consumer with an instant, hyper-relevant offer.

The project background started with the idea of how a consumer feels. Mood or state-of-mind is one of the driving forces of consumer behaviour and marketers have traditionally used research to gauge this, taking weeks, months or even years to respond with new offerings. Then came the social media phenomenon with it’s explosion of self-expression. How consumers feel has never been so visible, honest and immediate. In return people now expect instant gratification. Arcade believe that the next evolution in the relationship with consumers is to give them what they want the very instant they feel it. Hence the idea for the Moodmakr app. The Facebook page describes it as “the perfect mood companion. No matter your mood or your place, we’ve got a deal to put a smile on your face”.

With this in mind Zebra designed the overall look and feel for the brand. They also came up with the idea of Moodmakr being a character with it’s own personality. In theory there could be an endless amount of character icons as there are so many different human moods and feelings. Zebra started with the more obvious feelings such as ‘feelin’ happy’, ‘feelin’ sad’ etc and developed each icon’s attributes to reflect these moods.

“We’ve helped give Moodmakr a personality of it’s own” says Zebra co-founder Martin Maher, “…one that changes and morphs depending on the mood or state-of-mind of the consumer. The brand language also needed to reflect this so a specific ‘tone of voice’ was developed to reflect the friendly, fun nature of the brand”.

Get the app today here, check out more of Zebra’s trinkets here. 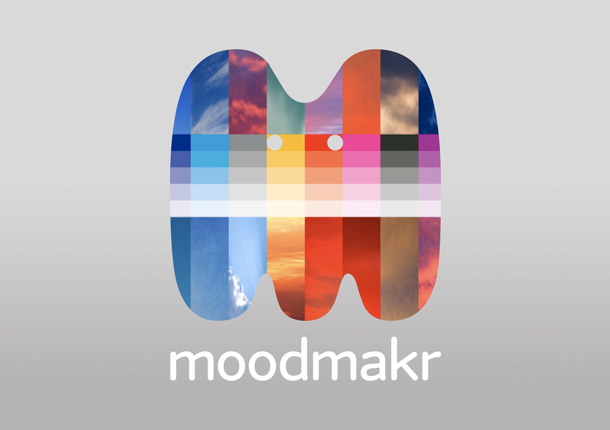 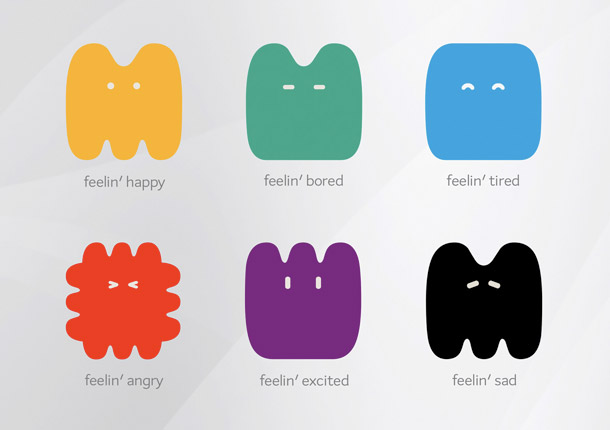 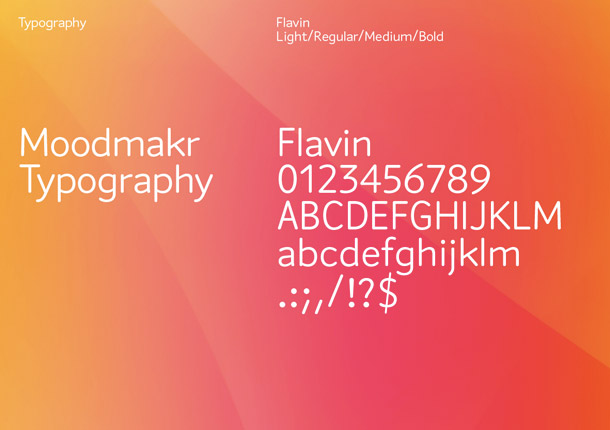 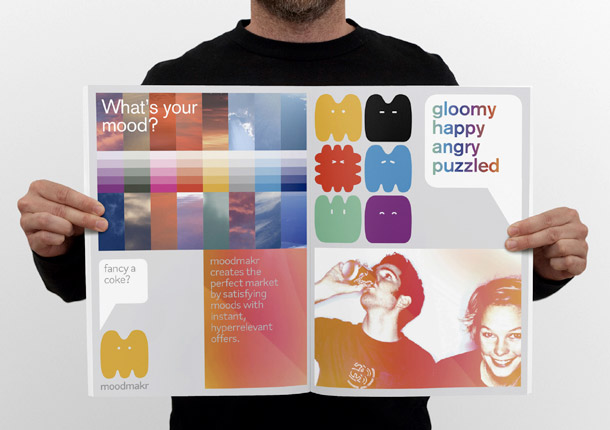 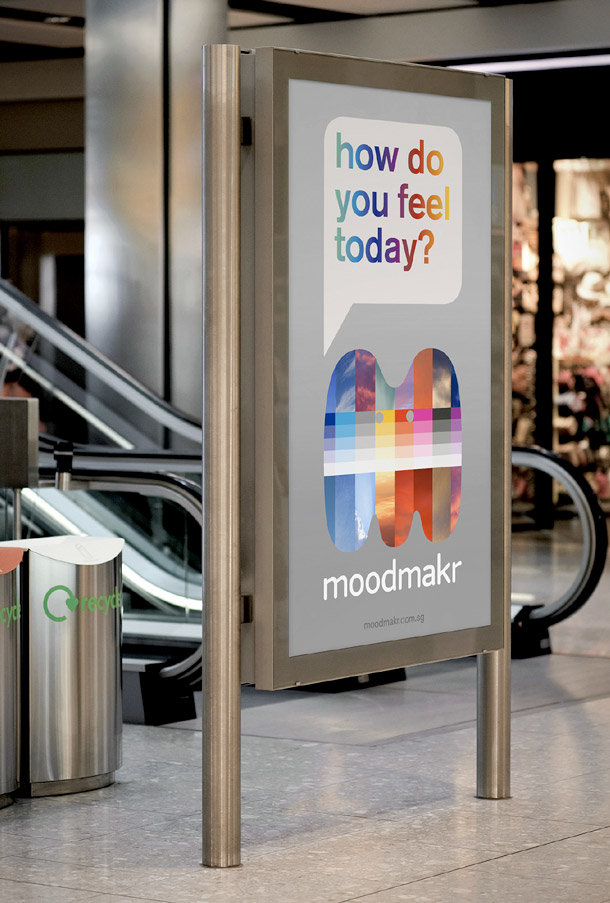 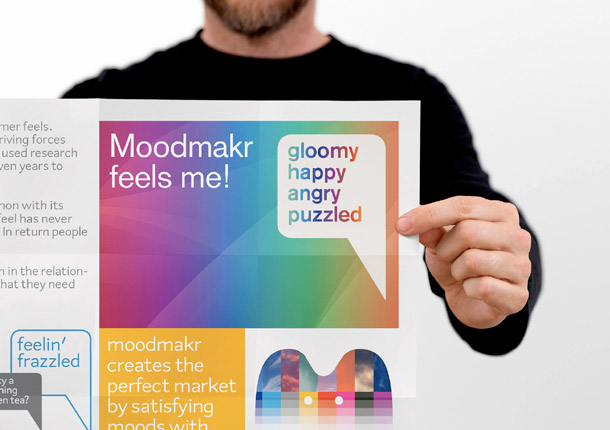 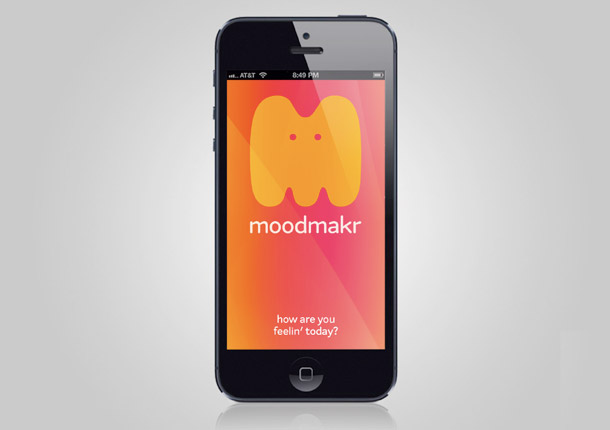 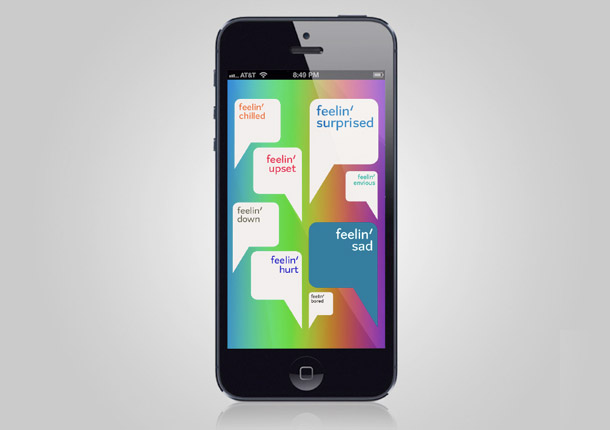