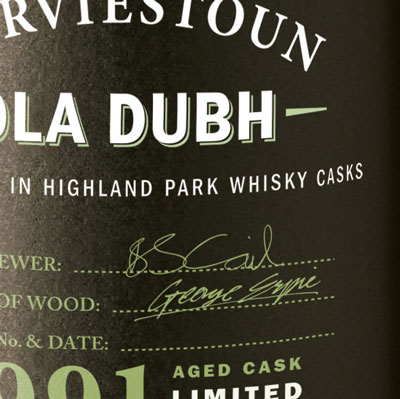 Edinburgh brand and packaging behemoth, threebrand, (who are, awesomely, based on board an actual boat) has unveiled packaging design for Ola Dubh 1991 an artisan craft beer with a twist.

An extension of the core Ola Dubh range, the product is the first of a new range of craft beers by Harviestoun Brewery where the ale is matured in Highland Park Single Malt whisky casks. Released on 1 May in limited numbers it flew off the shelves – selling out in 48 hours; six weeks before it was packaged. It has captured a discerning consumer, who appreciates beautifully brewed craft beer, but also dotes on the subtleties offered by the whisky cask maturing process.

threebrand was tasked to create packaging for the beer that reflected the core Ola Dubh brand but signals that although an extension of the core range, it is a different edition. The ethos of the Highland Park Whisky look and feel were also to be taken into consideration and balanced within the design.

Nick Cadbury, creative director at threebrand, said: “It was important to reflect the artisan philosophy of the Ola Dubh brand within the 1991 bottle design. To achieve this we chose a simple craft like design with a clean and almost naïve typography. An equally simple two colour label printed on craft style stock was chosen to reflect the handcrafted nature of the brew and finishing touches such as individually numbered packs and hand labeling were employed to further emphasise this feel.”

To distinguish the 1991 design from the core Ola Dubh range a bottleneck card adornment was added. Here threebrand created a humorous link with world events from 1991. For example, in 1991 over 600 crop circles appeared across Britain. Hoax, or evidence of aliens? Harviestoun see it more “as a waste of damn good barley”. 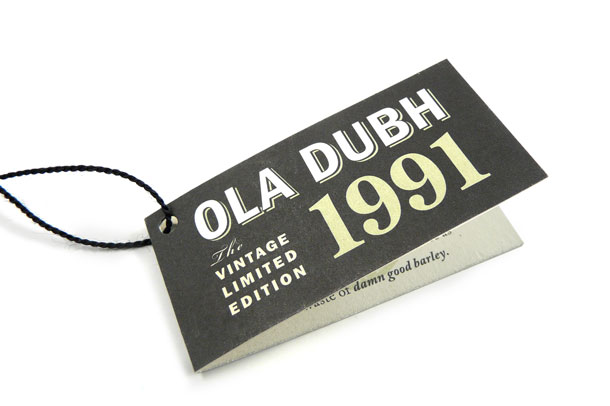 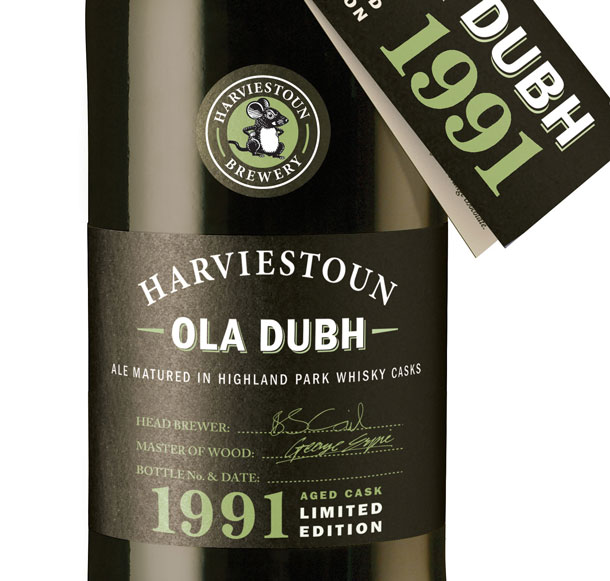