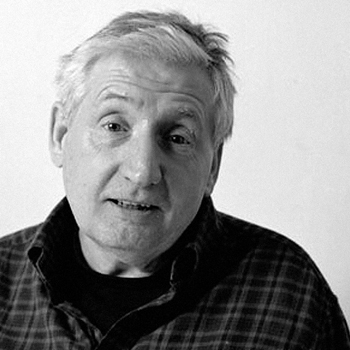 When it comes to the history of album cover design there is one company that always seems to come up in conversation, Hipgnosis, writes Martin Maher in this week’s Masters Monday. One of it’s co-founders was Storm Thorgerson, a designer who still designs album sleeves to this day. But it’s his work from the 70’s and 80’s that probably holds the most interest to anyone with even a passing interest in music industry design and in popular culture in general. After all, Hipgnosis designed some of the most well recognised and iconic album sleeves in the history of rock and roll.

Storm Thorgerson was born in 1944 in Potters Bar, Middlesex. He attended Summerhill free school and then Brunswick primary in Cambridge. He then completed a BA Hons in English and Philosophy at Leicester University followed by a MA in film and TV from the Royal College of Art in London where he graduated in 1969.

Originally Storm wanted to become a filmmaker but an invitation from some old school pals (Syd Barrett and Roger Waters of Pink Floyd no less) to design an album cover for ‘Saucerful of Secrets’ changed this. Then in 1970 he was asked to design the cover for Pink Floyd’s ‘Atom Heart Mother’. He had recently formed Hipgnosis with friend Aubrey Powell and for their first sleeve they proposed an image of a cow looking back at the camera whilst stood in a vivid green field, with a bright blue sky. The execs at EMI hated the cover but Pink Floyd loved it and the start of a very creative relationship began. Storm was once even described as the sixth member of Pink Floyd. Three years later, in 1973 they designed the famous prism cover for ‘Dark Side of the Moon’ and started to really make a name for themselves in the world of music industry design. 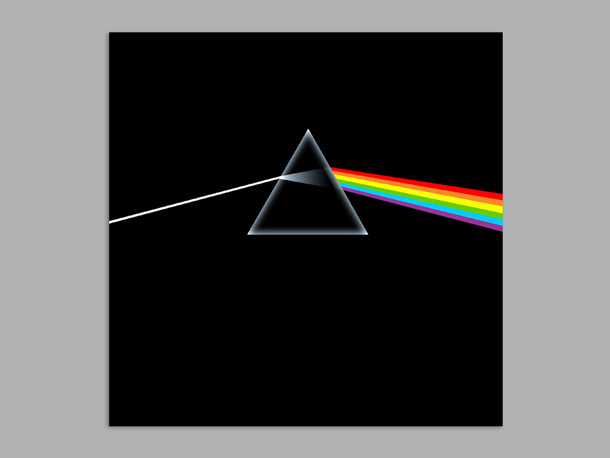 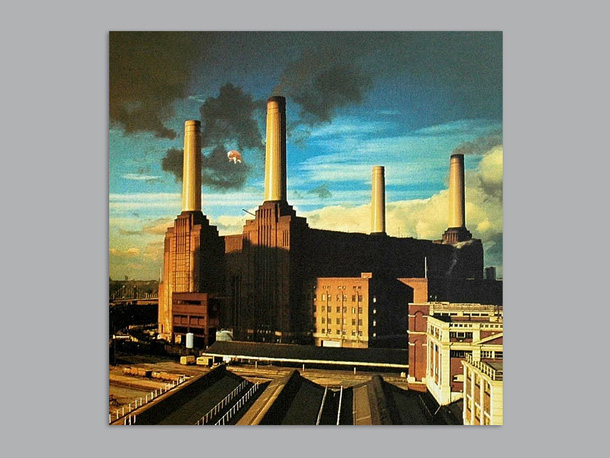 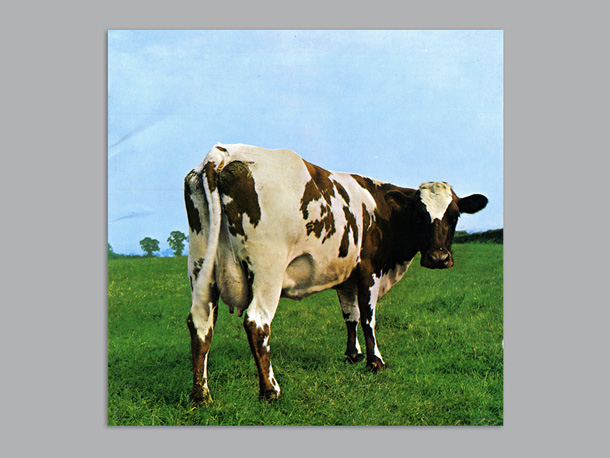 Photographer Peter Christopherson joined Hipgnosis in 1974 and this added another dimension to their work. Their work throughout this time was heavily influenced by surrealism and psychedelia and they used collage and photomontage alongside overt sexual imagery and innuendo to amuse as well as shock the record buying public of the time. From those early, experimental days with Pink Floyd, Thorgerson has worked with an amazing array of musicians and bands that include Led Zeppelin, Black Sabbath, Genesis, Peter Gabriel, 10cc and more recently Dream Theater, The Cranberries, The Mars Volta, Muse and Biffy Clyro. 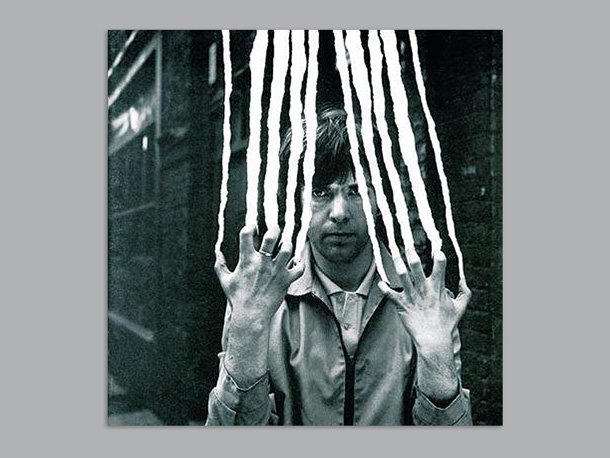 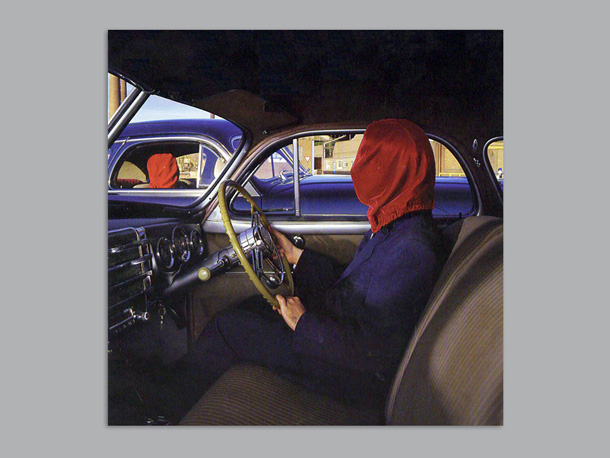 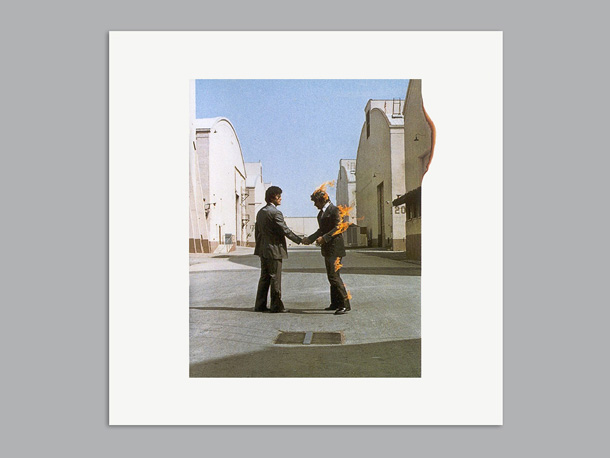 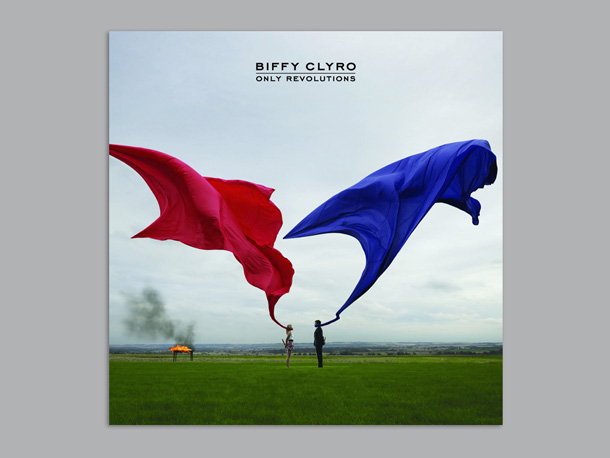 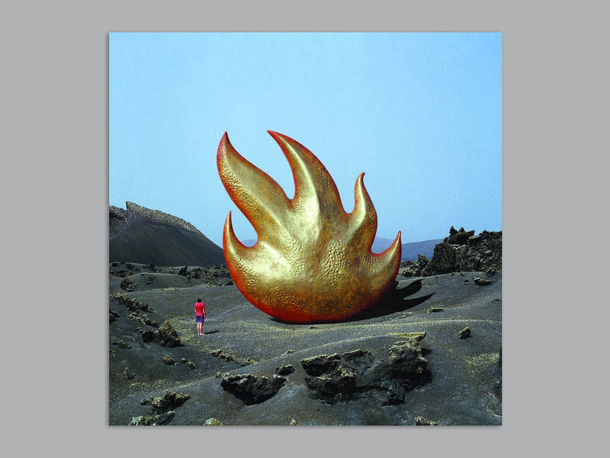 Perhaps the most amazing thing about his work is the almost complete lack of computer enhancement to the real photographs used. Most of the artwork is real and what you see was actually shot that way. The man on the cover of Led Zeppelin’s ‘Wish You Were Here’ was actually on fire. 765 wrought iron beds were individually arranged and carefully spaced on a beach for Pink Floyd’s ‘Momentary Lapse of reason’ cover. Huge models, props and sets were (and still are) made by hand and placed in various landscapes and photographed as they are. Storm is always willing to strain, sweat and indeed fight for what he feels is the perfect location, weather and overall effect for the image he is striving to create.

A quote of Storm’s typically sums up his thoughts: “I like photography because it is a reality medium, unlike drawing which is unreal. I like to mess with reality… to bend reality. Some of my works beg the question of is it real or not?”

Hipgnosis also designed the advertising and promotional material for a wide range of clients within the music industry and this also included directing music videos, films and commercials. Hipgnosis apparently didn’t have a set fee for designing an album cover. Instead they asked the artists to “pay what they thought it was worth”, a policy that only occasionally backfired. Storm left Hipgnosis to go solo in the late 80’s and he continues to design for the music industry as StormStudios even though he is now in his late sixties. His imagination seems to know no bounds and his dedication to his art as well as his original thinking set him way apart from any peers he may have once had.