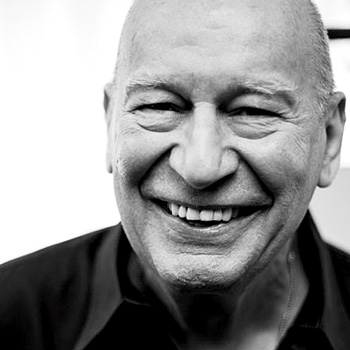 Maybe it’s because I’ve just returned from judging at an Advertising Awards or because I’ve just finished reading his brilliant book ‘Damn Good Advice’ but George Lois really is a bit of a legend, writes Martin Maher. Whilst not strictly just a designer (although he started out as one and he designed plenty of logos) George Lois could be seen as one of the most prolific and creative advertising communicators of the last half century, which basically means of all time. To be named by many as ‘the father of Art Direction’ seems pretty spot on to me. His Esquire covers alone put him in the big league but add to these over fifty years of tremendously clever, witty, even groundbreaking creative problem solving and you start to sum up one of the best creative minds of our time. It’s even been said that some of Don Draper’s storylines have been inspired by the real-life exploits of Lois during the 1950’s. 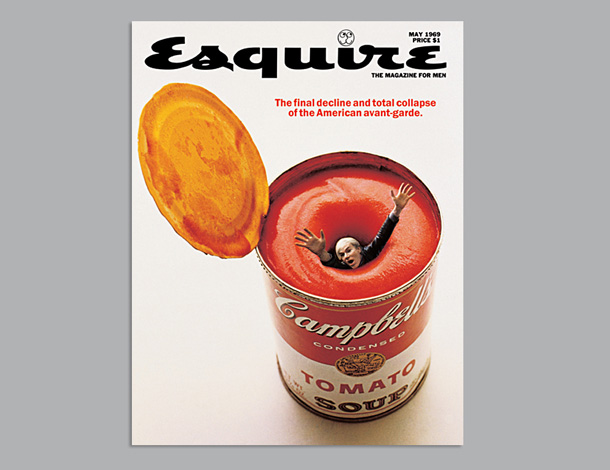 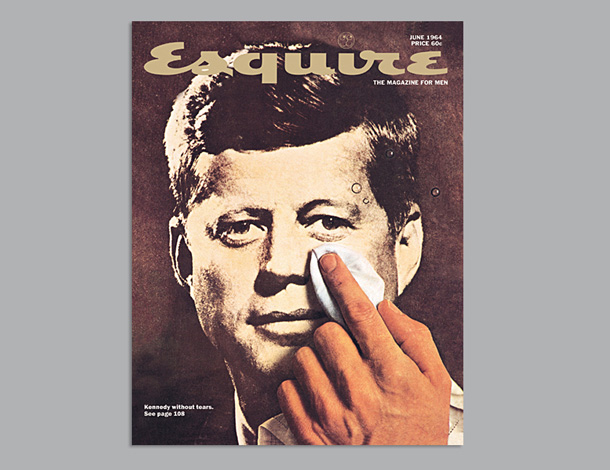 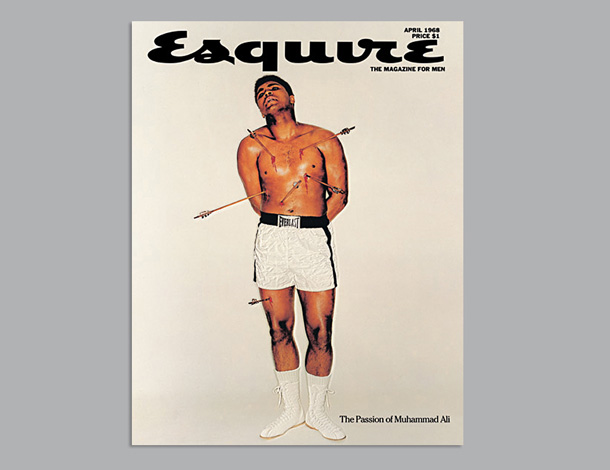 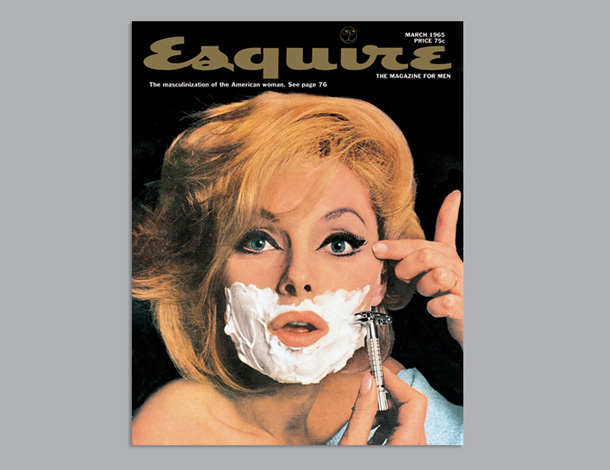 Lois was born in New York City on June 26, 1931, the son of Greek immigrants. He attended the High School of Music and Art and received a basketball scholarship to Syracuse University. He instead chose to study at Pratt Institute. Lois attended only one year at Pratt then left to work for Reba Sochis until he was drafted by the Army six months later to fight in the Korean War.

When he returned from the war Lois went to work for the advertising department of CBS where he worked on various print and media projects. Then in 1959 he was hired by the ad agency Doyle Dane Bernbach. I’d love to write a separate feature on Bill Bernbach but that really would be stepping a bit too far into the world of advertising. After one year there Lois was headhunted by Fred Papert and Julian Koenig to form Papert Koenig Lois in 1960. PKL as it was known was also the first ad agency to go public. In 1967 he left to form Lois Holland Callaway. His last ad agency, Lois/USA, which created well known campaigns for clients such as Minolta, The Four Seasons and Tourneau closed it’s doors in 1999. 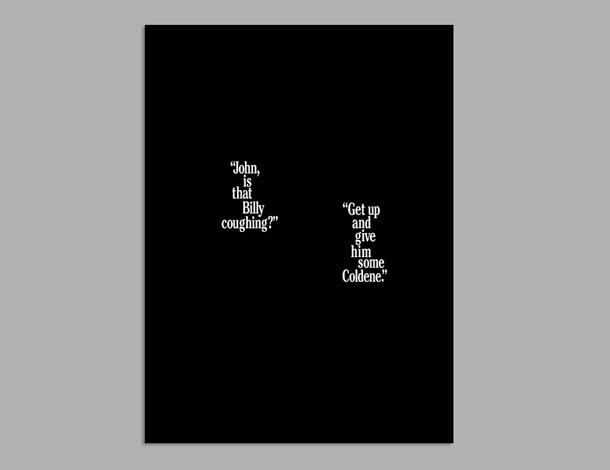 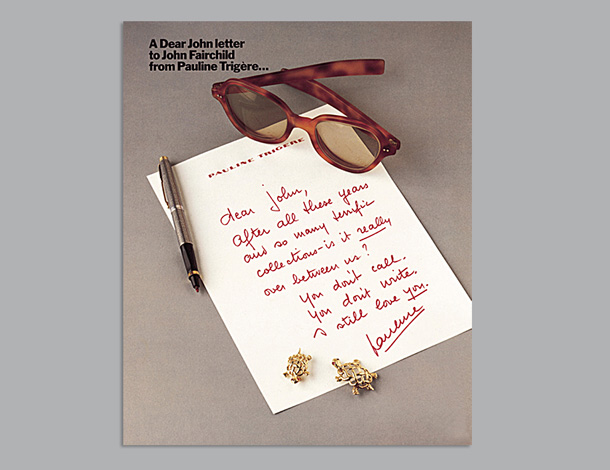 Lois developed what he named ‘The Big Idea’. He summed this up with the following: “solving a specific communications problem with an audacious blend of words and images that catch people’s eyes, penetrate their minds, warm their hearts, and cause them to act”. Some of his more well known work includes the following; concept and design work for the ‘New York’ magazine for the New York Herald Tribune, the “I Want My MTV” campaign, the concept behind VH1, naming Stouffer’s Lean Cuisine frozen food line and marketing ideas for Jiffy Lube stations. He created the initial ad campaign to help build awareness of fashion designer Tommy Hilfiger. Other clients he has worked with include: Xerox, Volkswagen, USA Today, Nickelodeon, ESPN and four U.S. Senators.

Lois is almost as well known for his advice and quotes than he is for his creative output. His latest book ‘Damn Good Advice‘ is exactly what is says it is on the cover; lot’s of damn, good advice. One quite topical piece of advice that stood out for me is number 104. “Learn to write one singular, coherent, informative, insightful, spectacular sentence to replace your illiterate, off-the-cuff twittering!” which is followed quickly by “Or better yet, stop tweeting your life away and do something productive: Learn to draw!” And on that note I will stop writing this and start sharpening my pencil. 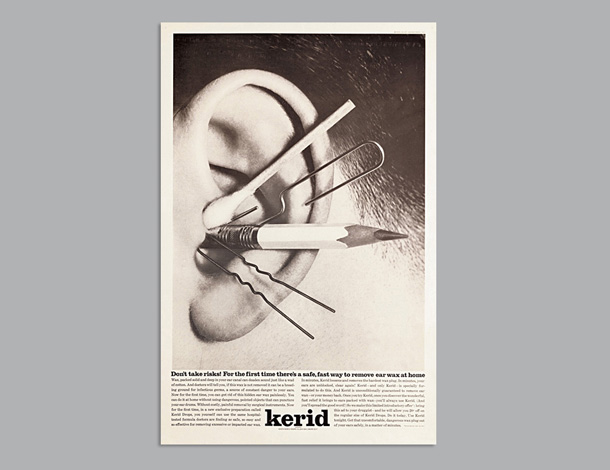 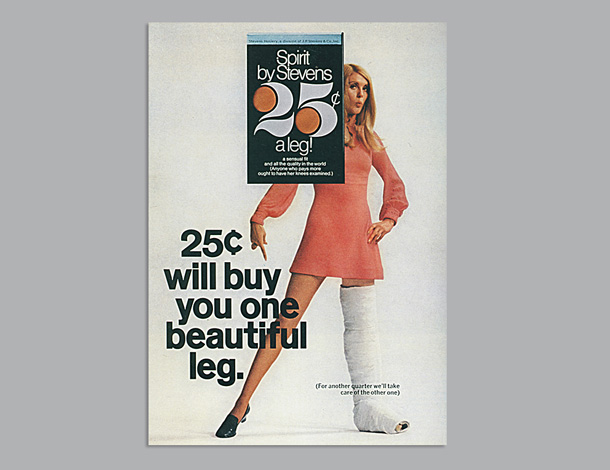 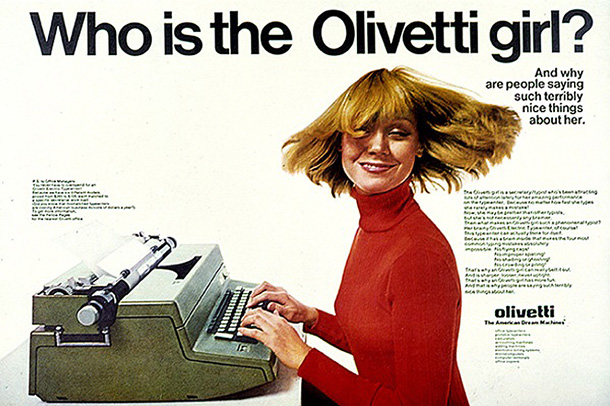