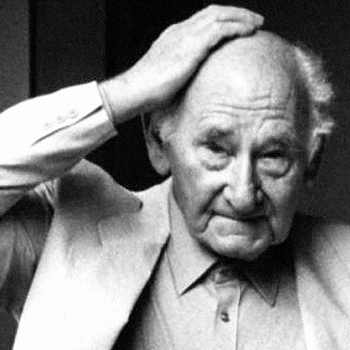 As designers we all have our favourite, writes Martin Maher, classic pieces of work whether created by more well known designers or by someone more obscure. One of my all-time favourites, that really has stood the test of time is the Deutsche Bank identity. Designed by German designer Anton Stankowski, it still looks as striking and timeless now as it did when it first appeared back in 1974.

Anton Stankowski was born in 1906, in Gelsenkirchen, Germany. Bizarrely he started his career by serving an apprenticeship as a church painter and decorator from 1921 to 1926. After this apprenticeship he studied graphic design, typography and photography at the Folkwang School in Essen with Max Burchartz. Between 1929 and 1934 Stankowski worked in Zurich for the renowned advertising agency of Max Dalang. It was here that he developed what became known as ‘constructive graphic art’. Whilst in Zurich he formed a cultural circle with friends that included Max Bill, Heiri Steiner, Richard Paul Lohse, Hans Coray and Herbert Matter amongst others. During these years Stankowski completed his famous ‘Theory of Design’ in which he worked out fundamental forms of design expression. 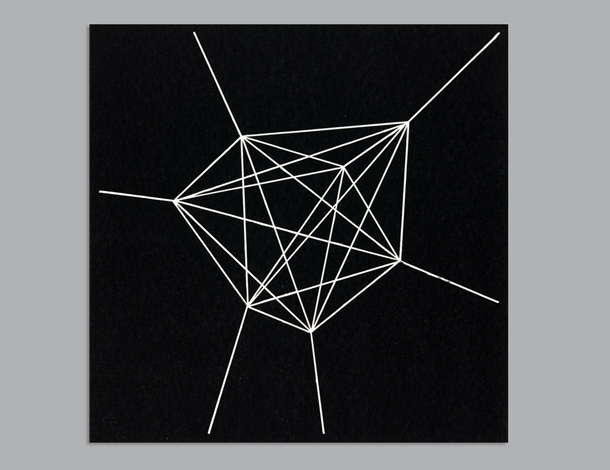 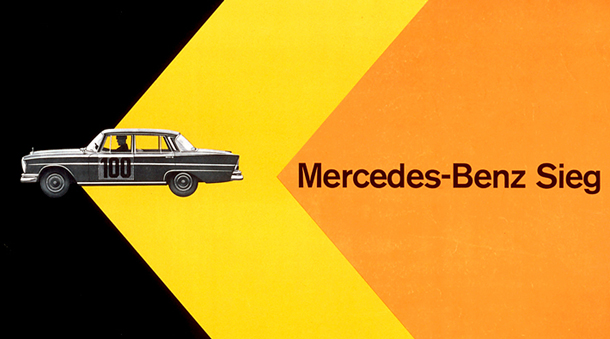 After some time working back in Germany he joined the armed forces and became a prisoner of war until 1948. After returning he worked at the ‘Stuttgarter Illustrierte’ as editor, graphic designer and photographer. Then in 1951 he established his own design studio in Stuttgart with Willi Baumeister, Max Bense, Walter Cantz, Egon Eiermann and Mia Seeger. His design work for IBM, SE and his ‘functional graphic designs’ were said to be of an exceedingly high standard. Around this time he also taught in Ulm at the College of Design.

In 1955 Mercedes-Benz hired Stankowski to design posters for their entire racing series. He was the last artist to design posters for Mercedes independently. In fact, it was only by chance that he got to work for the car manufacturer at all. As Stankowski himself explained in an interview he gave in the 1990’s, the then-head of advertising at Mercedes lived just two houses down from him. During the 1960’s he created the now legendary ‘Berlin layout’ which was the city’s own visual identity. He also designed marks for IDUNA and VIESSMANN. From 1969 to1972 Stankowski was Chairman of the Committee for Visual Design for the Olympic Games in Munich. 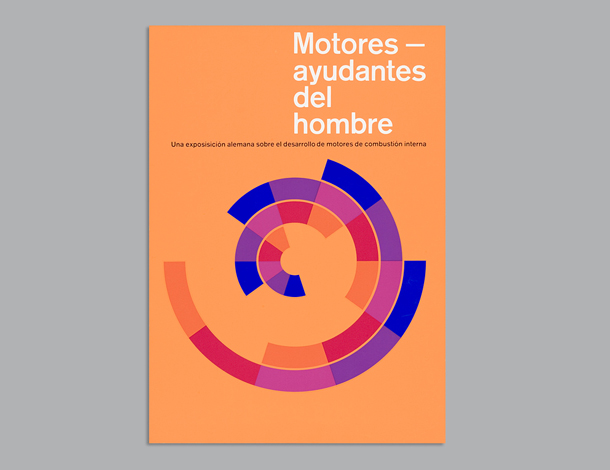 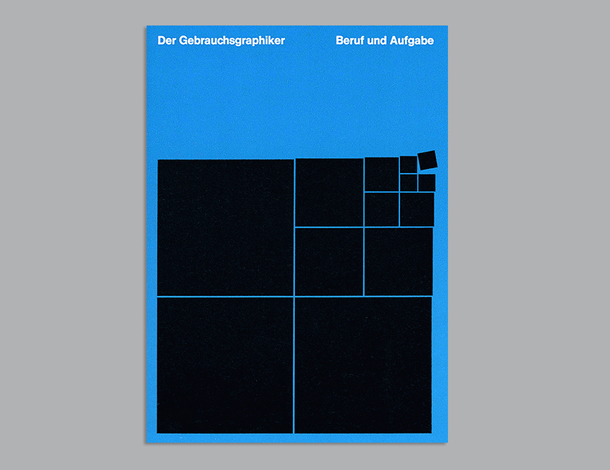 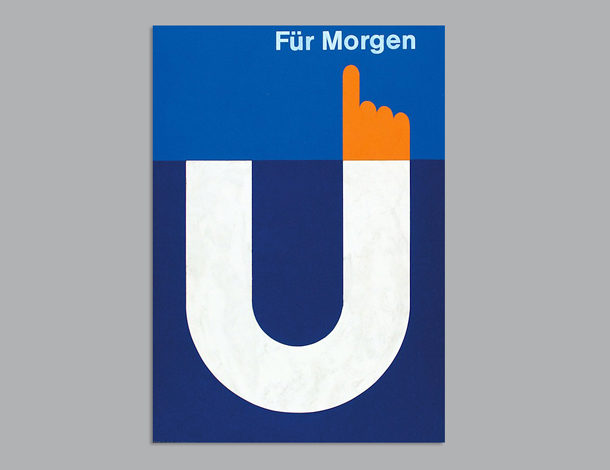 The 1970’s saw Stankowski create many famous identities including logos and marks for Deutsche Bank, Munich Re (Münchner Rückversicherungen), REWE, Viessmann, Iduna, SEL, Süddeutsche Rundfunk and the Olympic Congress Baden-Baden. For Stankowski there seemed to be no separation between his more art-inspired ideas and the applied art of his design work. Much of his functional design work incorporated elements of his photography and painting.

He won many awards and honors including the Harry Graf Kessler Award. This was an honorary award from the German Artist Union, for his life’s work. Stankowski had a long, varied and highly interesting career that spanned more than five decades. In his later years he concentrated more on his painting, devoting himself to it completely until his death in 1998. His work still lives on, especially as many of his logos are still in use today by the big corporations that hired him back in the 1970’s and 80’s.

For more information on the man himself, visit the Stankowski Foundation’s website. 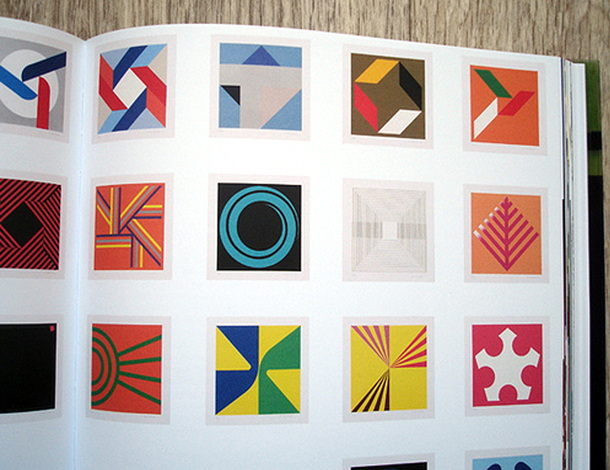 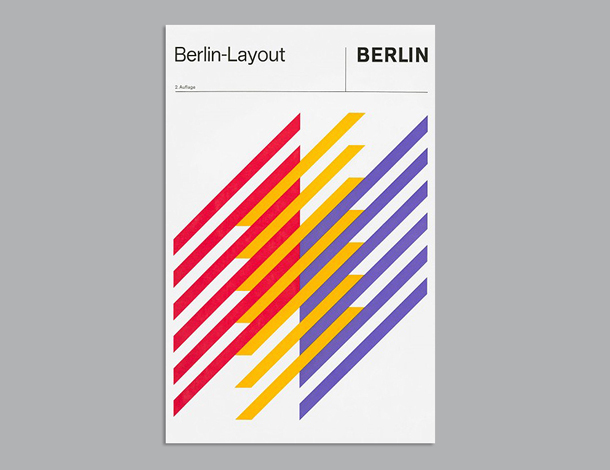 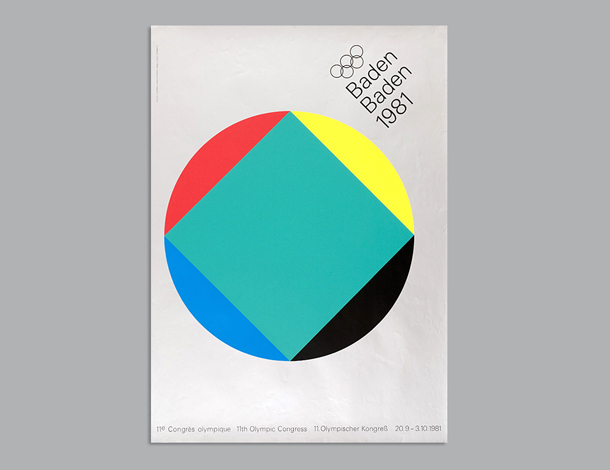 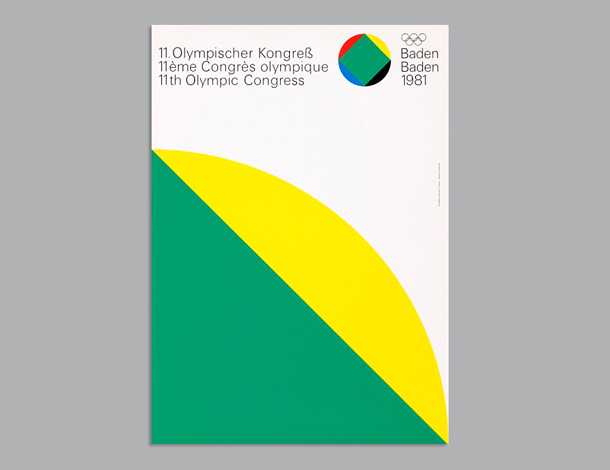 All images © The Stankowski Foundation